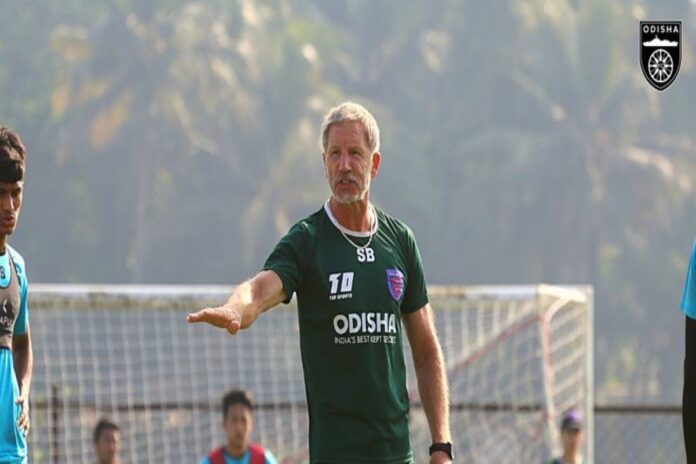 Odisha FC head coach Stuart Baxter has clearly stated that it would be a mistake to think they are suddenly going to blossom into a wonderful team when they face a struggling SC East Bengal side this Sunday evening. The ‘Juggernauts’ are scheduled to play three matches in the upcoming eight days.

Odisha FC has misfired completely this season, with them yet to win a game, and are currently at the rock bottom of the league table with a couple of points to their name. The only respite cometh the new year – the ‘Juggernauts’ will be up against a weak SC East Bengal side this Sunday evening, followed by Kerala Blasters FC, giving them the perfect opportunity to get back on track. But, the Odisha FC coach has clearly stated it would be a mistake to think they are suddenly going to blossom into a wonderful team when they face the Kolkata-based side this Sunday evening.

“Both the games have shown us not just our game, but also everybody’s game. Most games are close affairs. The fact that we are playing a lesser team or a bigger team – I think all the games are in their way are difficult. It’s is a mistake is we think suddenly we’re going to blossom into a wonderful team because we are not playing against a so-called ‘top’ team. So, we’ve got a knife at our throats, and so do East Bengal. That’ll be a big thing,” said Stuart Baxter, during the pre-match press conference.

Arshdeep Singh has been extraordinary with the gloves this season, having made 17 saves in the four matches he’s played so far. Stuart Baxter is happy with the consistency he has shown in the matches, which is important from a goalkeeper’s point of view.

“He’s done well, and I think that the main thing is that he showed a little bit of consistency, when you are a goalkeeper, you want that consistency. Every game is a new game and a challenge. We give information about the opponent as much as we can. And, obviously, he is a professional, he looks at that himself. But, on the day, it’s about doing your A, B, C’s correctly makes sure you have that consistency. He has done very well.”