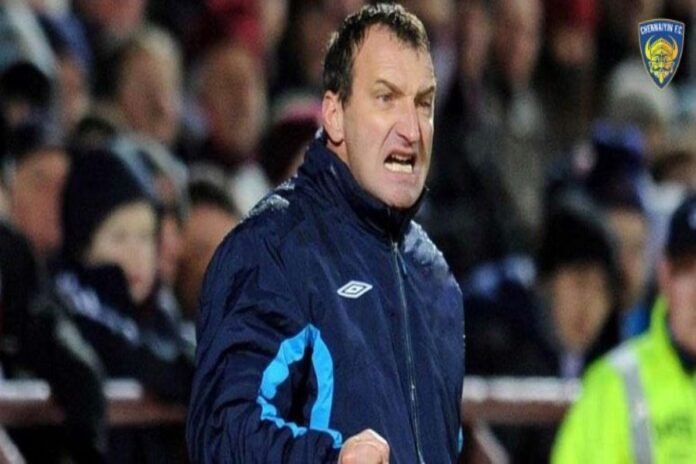 Chennaiyin FC head coach Csaba Laszlo feels that losing possession in the midfield was the main reason for the 1-4 loss to Hyderabad FC last night. The ‘Marina Machans’ will be up against bottom-placed Odisha FC in their next match at the GMC Stadium, in Bambolin, on Sunday evening.

Chennaiyin FC had their work cut out against Hyderabad FC last Monday evening – with both the sides in almost a similar position before the match kicked-off. While the first half was contested equally, it was Hyderabad FC that changed gears after the break and took the offensive route. They were 2-0 up in an instant, with Chennaiyin FC pulling one back in the 67th minute. The ‘Nizams’ put the game to rest by netting the third in the 74th minute and the fourth, a few minutes later.  Chennaiyin FC head coach Csaba Laszlo feels that losing possession in the midfield was the main reason for the debacle.

“This was a very bad performance from my team. This was not because we lost but because I don’t see creativity. I don’t see the chances. We weren’t in the pitch. We have to do plenty more. We lost possession in the midfield and that cost us the defeat,” said Csaba Laszlo, during the post-match press conference.

The ‘Marina Machans’ were without the services of their primary game-maker Rafael Crivellaro owing to an injury suffered in the last game against ATK-Mohun Bagan. But, according to the manager, they cannot afford to restrict themselves due to the Brazilian’s absence and demanded other players to step up and take responsibility.

“We cannot just go and hide in shadow from Rafa because now he is out. He is definitely a very important player for us. But we have so many other players. Our offensive game was very poor,” added the Chennaiyin FC manager.