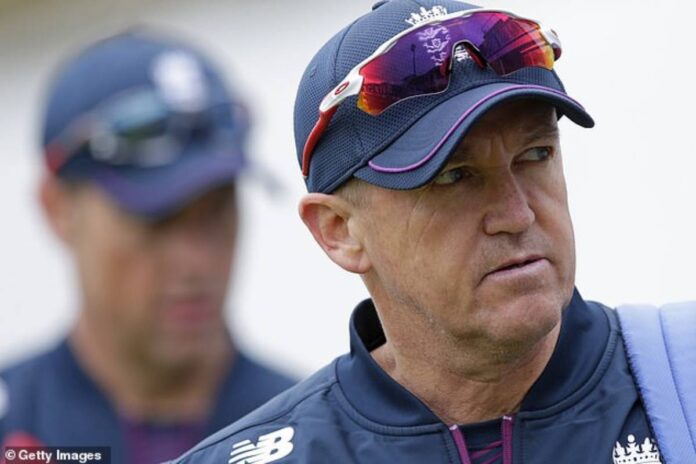 Former England coach Andy Flower, who had a great success with the Three Lions, feels it would be an honour for him to coach a great side like India if given a chance. He also said that England have a formidable bunch of players who can well go on to win the upcoming Test series in India.

Andy Flower is one of the most successful cricketers to have emerged from Zimbabwe and he made a beautiful transition to coaching in internationals as well. Under his coaching, England went on to become the No. 1 ranked side in all three formats, won three consecutive Ashes series, T20 World Cup and not to forget, a Test series in India in 2012/13, which makes up for a remarkable CV. These days, he’s part of coaching staff of Kings XI Punjab in IPL while he’s coaching Delhi Bulls team in the T10 league in UAE, which kick-started on Thursday.

Flower has asserted that he’s having a good time coaching in franchise cricket but will soon reassess his coaching career and is even open to coaching the Indian cricket team if he’s confronted with such an opportunity.

“I have done one year of coaching in franchises as coach and assistant coach, including Kings XI Punjab, and it was exciting to confront challenges and resolve situations. I shall be looking at another year of that and probably assess where my coaching career will go from that point. India is one of the greatest Test nations in the world, and it would be an honour for anyone to coach such an impeccable side,” Flower told PTI, reported TOI.

Unlike former English players, Andy Flower isn’t quite sure which team will win when India and England clash in the four-match Test series. He, however, feels England have a formidable side and believes the team winning important moments could help them seize the series.

“It would be premature to declare the direction in which the fortunes of any team would swing. However, the English side has a formidable combination of players who can set themselves into comfortable or winning situations. A lot will depend on the game day, and the star performers’ ability to convert critical opportunities. The English squad has some amazing players who have excelled in all formats of the game,” the Zimbabwean said.

England have lots of experience when it comes to their pace attack with James Anderson and Stuart Broad having taken more than 1,100 Test wickets between them. The pace duo was in great form in the recently-concluded Test series win in Sri Lanka as well. But what will happen once both the pacers retire? Flower gave his thoughts.

“All teams undergo such periods of transition when they have to replace star performers that are phasing out. Building a fierce bowling attack often takes some amount of time, and both Anderson and Broad have dominated the pace attack for England for little over a decade,” answered Flower.

The gritty left-hander also named Jofra Archer, Ollie Robinson, Sadiq Mahmood and Sam Curran as potential pacers to lead the attack once the prolific duo of Broad and Anderson retires.

“Bowlers like pacer Jofra Archer, newer entrants like Ollie Robinson, Sadiq Mahmood, and all-rounder Sam Curran etc. need to be given the necessary support to create a depth in bowling.”