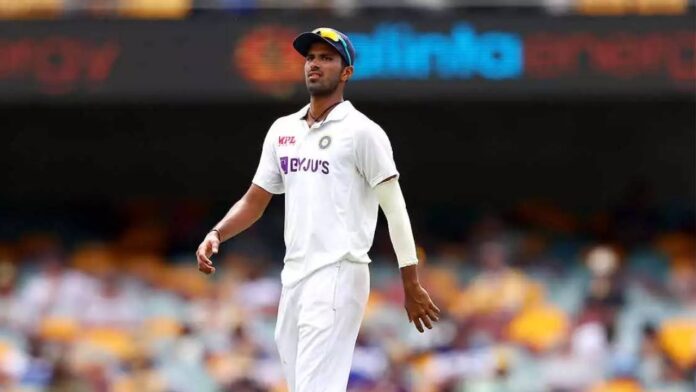 Following his unexpected debut at the Gabba, Washington Sundar has stated that it would be a surreal feeling to make his home debut on his home turf at Chepauk. He also insisted that growing up as an opener had helped him tackle the Australian bowlers while calling it a blessing to open for India.

After Ravichandran Ashwin had a stiff back ahead of the fourth Test at Gabba, the Indian management had to make a decision – one that seemingly would go on to change the fate of the Test series. The management trusted Washington Sundar’s all-round abilities and gave him his Test cap and the all-rounder repaid the faith, with a clinical fifty in the first innings while picking up four wickets in the match.

Post his success in the fourth Test, the all-rounder was named in the Test squad for the first two matches against England, at the Chepauk, which also is his home ground. Having played at the venue all his life, the Tamil Nadu all-rounder stated it would be a special moment for him to make his home debut at the venue.

“It will be very special if I make my home debut at Chepauk. My family watching the game would have been a dream, but I am looking forward to the series,” Washington told Times of India.

Walking in at 161/5, the left-handed batsman scored a 144-ball 62 and etched a 123-run partnership, which changed the course of the game. The all-rounder has put his batting success down to his endless practice as an opener, which he believes has taken his skill set to another level.

“Definitely, the fact that I have grown up opening the batting was very helpful as I was more confident when the new ball was taken. It helped me with my belief and I had the skill set in place as well. I wanted to just play to the merit of the ball. I’m glad I was able to get runs and enjoyed batting in those conditions,” said Washington.

“It will be a blessing to open the batting for India,” he added.

He also insisted that he had to work a lot on his fitness ahead of his Test debut in Brisbane. However, following his debut, he stated that it was an amazing opportunity to prepare on the toughest of conditions in the first place.

“During the first three Tests, I worked a lot on my fitness. It was a great experience to play on Australian soil. The more you play, the more you understand the pitches and get to know the options that you can use to be successful. It was an amazing opportunity for me to prepare on those pitches and get good exposure,” the Tamil Nadu allrounder said.