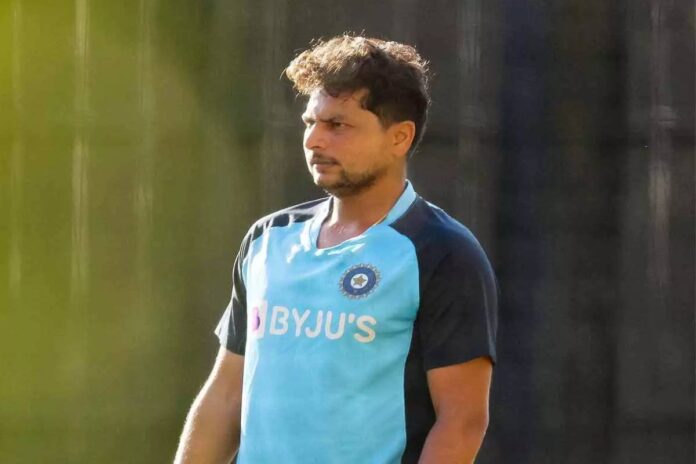 With Kuldeep Yadav’s last Test appearance coming in 2018, L Sivaramakrishnan has reckoned that the nature of the pitch in Chennai would decide whether Kuldeep would be picked in the playing XI. Sivaramakrishnan, however, opined that if it was his choice, he would pick Kuldeep over Axar.

Team India came away with a memorable and historic 2-1 win in Australia but one of the talking points was the management’s treatment of their spinner Kuldeep Yadav. Having made a visible impact in the 2018 Australia series, in Sydney, where he took a five-fer, Kuldeep since then has been warming the bench, especially after the statement from head coach Ravi Shastri, who hailed him as the best spinner in the country away from home.

However, in Australia, the left-arm unorthodox spinner wasn’t favoured over Washington Sundar, which has made his place a worry. Ahead of the series against England, former Indian leg-spinner L Sivaramakrishnan has reckoned that the nature of the pitch in Chepauk would decide whether Kuldeep would get a chance or not.

“Kuldeep has been under Ravi Shastri’s guidance for a long time and I am sure he is ready. I think it’s the nature of the pitch that will decide whether India decide to give Kuldeep a go,” Sivaramakrishnan told TOI.

Since the Sydney Test, Kuldeep hasn’t featured in any Test, having played just three Tests at home, where he has picked up 14 wickets, at an average of 24.28. However, his recent form, including limited-overs and in the IPL has irked the management. Sivaramakrishnan, on the other hand, is in strong favour of Kuldeep, suggesting that if it was upto him he would have picked Kuldeep ahead of Axar Patel, who is line to make his Test debut.

“It is a call that the team management will take after they assess the pitch. If it is a case of two spinners, I would prefer Kuldeep ahead of Axar,” former India leg spinner L Sivaramakrishnan said.