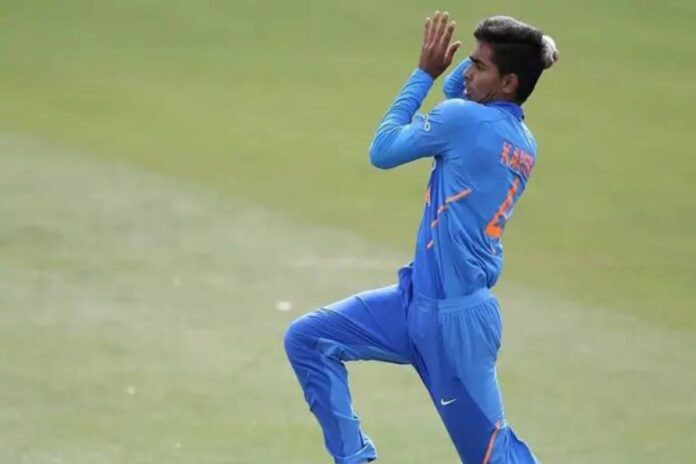 One of India’s net bowlers on the tour of Australia, Kartik Tyagi stated that it didn’t take long for the team to move on from the horrors of the Adelaide Test where the team was blown away. He also added that it’s tough to bowl to Virat Kohli in the nets as he dominates there as well.

Winning a Test series against a full-strength Australia Down Under remains one of the toughest challenges in world cricket. And if a team loses the opening Test, it becomes next to impossible to return as Aussies go hard at the opposition and hardly provide any opening. After getting blown away on 36 in the opening Adelaide Test, not many gave India a chance to come back especially former Aussie cricketers wrote them off. But the team was able to pup a dominant show in the MCG Test and fight back with a win.

Reflecting on the tour of Australia, India’s U-19 and Rajasthan Royals pace sensation Kartik Tyagi revealed that the attitude of the present team is something which provides a lot of learning especially how they move on from bad games like Adelaide Test.

“Their attitude makes them what they are. Like after the Adelaide Test, there was gloom but the group did not take long to move on. Jo ho gaya so ho gaya type. As a youngster that is a great learning – not to brood too much one the bad days but take it as learning process,” Kartik told HT.

The youngster was on his first senior tour albeit in the capacity of a net bowler and was one of the few players left not to feature in the series given the many injuries. He talked about the intense net sessions and how difficult bowling is to a dominant Virat Kohli in training as well.

“The first thing that struck me at the nets was the discipline and the intensity of the sessions. Every player knew his skills and what they need to do. Even though I was a net bowler, Bharat Arun and Jasprit Bumrah kept coming to me and advised me how to bowl against a particular batsman, and making the margin of error less.

“Bowling to Virat Kohli was particularly challenging. He takes the practice sessions as a task. He likes to dominate the bowlers there too.”

India completed a historic win at the Gabba to win back-to-back Test series in Australia which is a great achievement for the team. The right-arm pacer still cherishes his memories from the tour.

“It’s been over a week now since I returned from Australia but some images from the tour keep coming back. Being part of the dressing room during tense chases, the jokes, the series of injuries and then the victory, I couldn’t have asked for more on my maiden trip with the senior team.”

However, all was not hunky-dory for him especially when his bouncer hit Will Pucovski leaving him concussed.

“Everything was not hunky dory for me though. I hit Will Pucovski on the helmet during a warm-up game ahead of the first Test and then hit Mayank Agarwal again in the nets. I was quite scared on both occasions to be honest as already so many players were getting ruled out during the series. Thankfully, nothing major happened to both of them.”