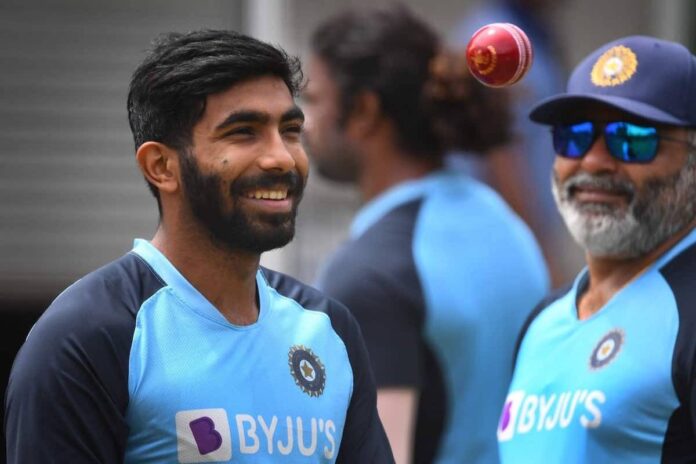 English opener Rory Burns has asserted that Jasprit Bumrah’s unique angles makes it a tough challenge to prepare for him. He also had high praise for his skipper Joe Root, who recently played a big role in Test series win in Sri Lanka and stated that he leads from the front and is easy going.

Jasprit Bumrah has taken to Tests like a fish to water. He has had a great transition from white-ball cricket to long form version of the game. He has taken 79 wickets in 17 Tests at an average of 21.59 and strikes every 47.94  balls. Notably, he has played all his Tests away from home and the upcoming series against England will be the first time when he plays Tests in India or as a matter of fact, sub-continent. His unique action, impeccable accuracy and ability to move the ball both ways ,make him a tricky customer for batsmen.

English opener Rory Burns, who is set to feature in the four-match Test series against India, has asserted that it’s hard to prepare for someone like Jasprit Bumrah given what he brings to the plate and feels it’s a big challenge to face India in their own backyard.

“Bumrah is quite a hard man to prepare for, isn’t he? He is obviously unique in terms of how he comes and bowls. It would just be about working those angles. I saw the recent series between India and Australia and they are in a pretty handy form, not necessarily their first playing XI at different points, but still, they managed to get over the line, it is just going to be a big challenge in their own conditions, looking forward to it,” said Burns during a virtual press conference, reported TOI.

The Sri Lanka series wasn’t the best for the spin duo of Dom Bess and Jack Leach as they were inconsistent at times. At least in two of the four innings, the Lankan batsmen played poor shots to get out than the spinners doing an exceptional job as the scoreboard might suggest. Burns reckons the spin duo have got into their groove after the Sri Lanka series.

“I do not think Dom Bess and Jack Leach would be putting any expectations on themselves. They would go about their business, they were fortunate to be bowling in Sri Lanka which got them into their groove, it’s just about switching their skills, I think they both have been here on different tours, they have some experience in that aspect, I do not think they should be putting any expectations on themselves. The pitches might be a little seam friendly early on looking at India’s seam attack, day-night Test is also there, so pitch might be a little different,” said Burns.

Joe Root was in great form and made 426 runs in two Tests against Sri Lanka, and played marathon knocks of 228 in the first Test and 186 in the second game respectively. The English southpaw stated that Root is someone who leads from the front and is an easy going guy to follow.

“Root obviously leads from the front, you have seen that in the Test series against Sri Lanka, it was incredible to see him go about his business. He is a leader by example, in terms of how he captains the team, he is an easy bloke to follow,” said Burns.

The first Test between India and England will be played on February 5 in Chennai.