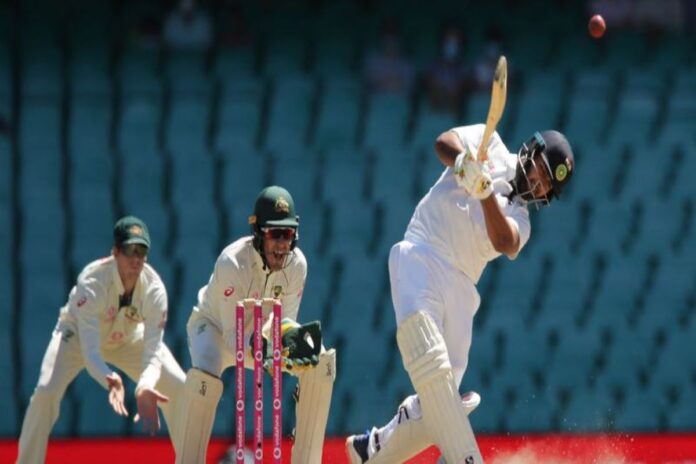 Former Indian wicket-keeper batsman Deep Dasgupta has lavished high praise on the Indian cricket team, terming them a tough side, especially after their SCG display. The Indians have been hit by several injuries with Shami, Kohli, Jadeja, Ishant, Umesh, and KL Rahul missing out from the team.

The Indian team have been the talk of the town ever since they drew the SCG Test to take the series to the Gabba tied at 1-1. Enroute to their draw, they played 131 overs, the most by any Asian team on Australian shores. To do so with a plethora of injuries and sans Virat Kohli is something that has won over the entire world.

But, injuries are not leaving India as there are high chances of India’s pace spearhead Jasprit Bumrah missing out the final Test at the Gabba while the away side are still sweating hard on the fitness of Ravichandran Ashwin and Mayank Agarwal.  Now, even if India lose the Gabba Test, it won’t take away the achievement that they have unlocked in the series.

After three Tests, one can argue that India are on the top of Australia despite many freak injuries with the likes of Smith and Warner back in the team. The way the trio of Pant-Ashwin-Vihari batted in the last Test was also worth applauding with many praising team’s courage to battle it out in the middle despite so many setbacks.

It has seen former Indian wicket-keeper batsman Deep Dasgupta reckon that this is one of the toughest tough Indian teams ever without a doubt and not only physically but mentally as well.

“This is a very tough Indian team there are no two ways about it, especially the last two games. This is definitely one of the toughest Indian teams ever. But I’d say there have been tougher teams in the 60s and 70s, the conditions were different.

“We have to keep the conditions in mind, the series that is happening right now, almost 6 months of staying in the bubble and you have to factor in all of that. Toughness is not just about the sport that we see or the games that we are watching on air. This is a tough tour no doubt, mentally and physically,” Dasgupta said on Sports Today, reported HT.

Most of the Indian players have been in the bio-bubble for a long time now as they had to quarantine themselves even before the IPL started from September 19 before leaving for Australia to play three ODIs and T20Is and then four Tests, which makes it a long time, since they went back home. Deep added that mental fatigue can creep in as India chase back-to-back Test series wins Down Under from tomorrow in Brisbane.

“The biggest challenge is the mental fatigue (playing the final Test of a series). Even normally when you’re there away from home for almost 2 months, anyways it’s so tiring physically yes but mentally it’s tiring. And all the Indian players, except for maybe Pujara and ihari, they’ve been away for almost 6 months,” Dasgupta said.