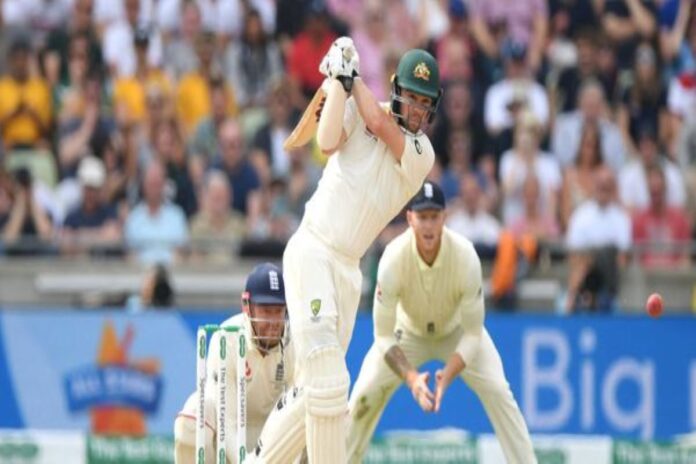 Fox commentator Shane Warne has named his preferred Australian XI for the third Test at the SCG and has hoped for the Aussies to axe ‘future captain’ Travis Head, while including Marcus Harris. Andrew Symonds, meanwhile, claimed that he expects young Will Pucovski to make his Test debut.

Having been embarrassed and obliterated by the Indian bowlers on three separate occasions, the Australian batting is under the pump ahead of the third Test at the SCG, and no one is under more pressure than Travis Head. The former vice-captain has registered scores of 7, 38 and 17 in the series thus far, but what’s been concerning has been his manner of dismissals. On all three occasions Head has thrown his wicket away, and he came under considerable criticism for his dismissals at the MCG, where he identically threw his hands towards the ball, away from the body.

While the Australian management, who see Head as a future captain, have been supportive of the South Australian, Shane Warne, however, wants the 27-year-old to be dropped. Speaking on Fox cricket, Warne named his preferred Aussie XI for the SCG Test, and omitted Head from the same. The legendary leg-spinner also hoped for the hosts to open with Marcus Harris and David Warner, while pushing Matthew Wade down the order.

“With the Indian attack and given Australia has only made 300 once in at least six Test matches against India, I want two proper openers – and I’ve gone for two left-handers,” Warne told Fox Cricket. “With (Jasprit) Bumrah and the way the Indians bowl, I think it’s really important to have left-handers,” Warne was quoted as saying by Foxsports.com.au.

“Then it came down to Wade or Head – and I’m a bit frustrated with Travis Head because he’s getting out the same way all the time. Wade doesn’t deserve to be dropped.

“We know what a talent he (Head) is, he’s probably a future captain … He still could be, but he’s got to get in the side first – and at the moment I wouldn’t have him in the side. He’s got a little technique deficiency he needs to sort out first.”

Another former Australian cricketer, Andrew Symonds, agreed with Warne’s assessment of Head. The former all-rounder noted that the southpaw was throwing his wicket away, and claimed that the 27-year-old was being ‘tentative’ with his stroke-making.

“With Travis, he’s probably just got to go back (to domestic cricket) and really work on how he commits (to strokes). They’re just tentative shots, you can see the disappointment as he turns and walks off and thinks ‘it was just a nothing shot’,” Symonds said.

“When you’re playing for your position, this is when you really get tested mentally. Can you clear your mind and really play in a positive (mindset), every shot you play it’s got to be positive even when you’re defending – and he just looks a little bit tentative at the moment.

“He seems to be struggling confidence-wise just to how hard he’s going to commit and build his innings in his first 20 to 30 runs. Hopefully he can go away and sort that out.”

However, while Warne wanted Harris to open, Symonds opined that he has a feeling that the Aussies will go with young Will Pucovski. The 45-year-old reckoned that Pucovski deserves his chance, and claimed that, he feels, the selectors added him to the squad only because they were going to play him.

“For me, I think Will Pucovski will get his chance. I don’t think they would’ve brought him back in unless Will was ready to go. Let’s see what he’s got at the highest level. He deserves his chance. Everyone will be wishing him the best because he’s had a bit of a tough run.”