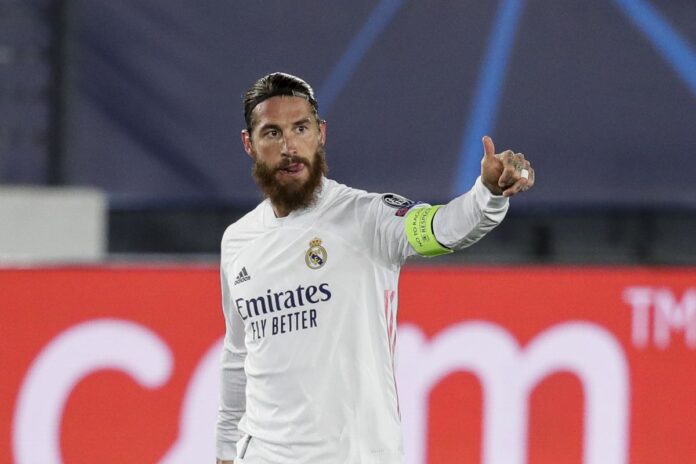 According to ESPN, Manchester City are keeping a close eye on Sergio Ramos’ situation at Real Madrid with the Spaniard out of contract at the end of the current season. The 34-year-old is yet to renew his contract with the La Liga giants and has been heavily linked with a move away from the club.

Since signing for the club in the summer of 2005 from Sevilla, few players have been as key to Real Madrid’s success as Sergio Ramos has been. The 34-year-old has made well over 650 appearances for the club since then and has lifted every possible trophy which includes five La Liga titles, four Champions League crowns and a catalogue of others. It has effectively cemented his status as a legend for the Los Blancos but with his contract expiring, Ramos’ time at the Santiago Bernabeu could be coming to an end.

It has seen ESPN report that Manchester City are keeping an eye on the Spaniard’s situation at the club with a view of making a free-transfer once the contract does expire. That is despite the fact that Ramos will be 35 at the end of this season as Pep Guardiola believes that the Real Madrid captain would be an experienced option to add to his side. Goal has further reported that Ramos is free to talk to Premier League clubs with interest from Tottenham and Manchester United.

However, reports have indicated that Real Madrid are also in contact with their captain as they look to sort out his contract situation before it becomes too late. The 34-year-old is reportedly asking for a two year extension and while that is something the Los Blancos are opening to giving him, the financial effects of the COVID-19 pandemic has dragged the situation on. Yet despite that, ESPN has further reported that Ramos’ main priority is to do everything he can to stay at Madrid before looking elsewhere.