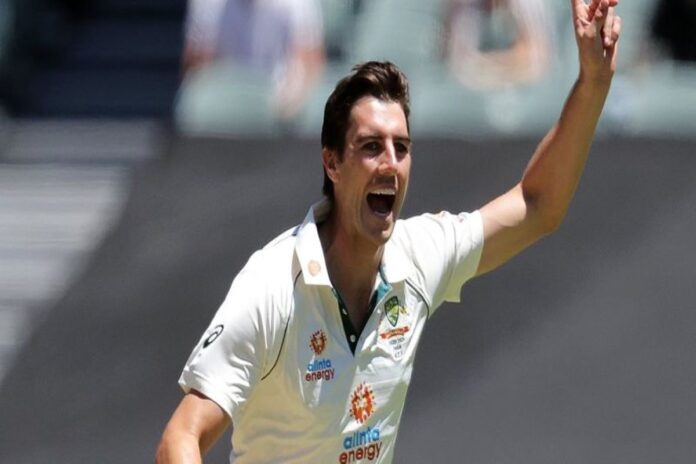 Cheteshwar Pujara, who joint top-scored for India with a valiant fifty, claimed that the ball Pat Cummins bowled to dismiss him today was the best in the entire series, and conceded that he could have done nothing about it. Pujara also admitted that the lower middle-order needs to show more fight.

Resuming Day 3 at 96/2, India looked set to post a decent first innings total, but while they lost Rahane in the first hour, ‘The Wall’ Cheteshwar Pujara carried on. Pujara, after an extremely slow start early on, started to get a move on in the third hour and brought up his first fifty of the series, which was incidentally his slowest ever in Test cricket.

Having gotten through tough periods, the 32-year-old looked set to cash in, but against the run of play, he was undone by a Pat Cummins ripper with the second new ball. Cummins, who’d dismissed Pujara in each of the previous three innings, generated extra bounce off the wicket and nipped one away, and the right-handed ended up nicking it to perish for 50.

Pujara’s failure to convert his start put India in a spot of bother, but reflecting on his dismissal, the right-hander termed the ball ‘unplayable’. The Man of the Series in the 2018/19 tour even went on to make the bold claim that it was the best ball bowled in the entire series.

“The ball which I got, I thought it was one of the best balls of this series. I felt that I couldn’t have done anything better. Even if I was batting on 100 or 200, I don’t think I would have survived that particular ball. It was one ball which was really good,” Pujara said in the post day press conference.

With the wicket of Pujara, and then later Siraj, Cummins took his tally in the series to 14, and once again the right-armer put in an immaculate shift on an unresponsive wicket. Pujara was all praise for the 27-year-old, who he felt justified his tag of being the best Test bowler in the world.

“He (Cummins) is the best Test bowler in the world at the moment and he is proving that. Again and again he is coming hard and even on this track where there is not much help, he is running in and hitting the right areas. We hope at some point he’ll make an error,” Pujara said of Cummins.

Pujara batted for an astonishing 176 deliveries, but he fell just four balls after the dismissal of Pant, who had earlier suffered an arm injury that hindered his innings. When asked if Pant’s injury and dismissal disrupted his concentration, though, Pujara squashed the suggestion and reiterated that he just happened to get out to a very good ball.

“I don’t think losing Rishabh Pant affected me, but it was around when we were comfortable and building a partnership. So it was a turning point, but I can’t say that I got out because Rishabh got hit or I lost my concentration.”

After suffering lower-order collapses in each of their three completed innings across the first two Tests, the story was not too different for India today. The team lost its last six wickets for just 49 runs, with no one but Ravindra Jadeja showing resistance.

Lower-order collapses, in fact, is an issue that has plagued India in away tours for an entire decade and Pujara conceded that the lower middle-order needs to do better. The former vice captain, however, asserted that the boys have been trying hard to improve, and cited the example of Bumrah to justify his point.

“When we’re playing overseas, it’s never easy. What we would say is that we have to bat well as a lower middle-order. Yes sometimes we tend to lose wickets. We’ve spoken about it. It’s not like we’re not aware about this (the collapses). Once you are six down, the lower middle-order has to bat well.

“And the guys are putting in effort. If you look at the way Bumrah has been batting now, he’s been doing well. The guys are trying. Sometimes it’s not easy. When it’s not your day, the margin of error is less as a batting unit, so you’ve to give credit to the bowlers. But yes we are aware about it.”

Australia ended Day 3 on 103/2, stretching their lead over India to a mammoth 197 runs.