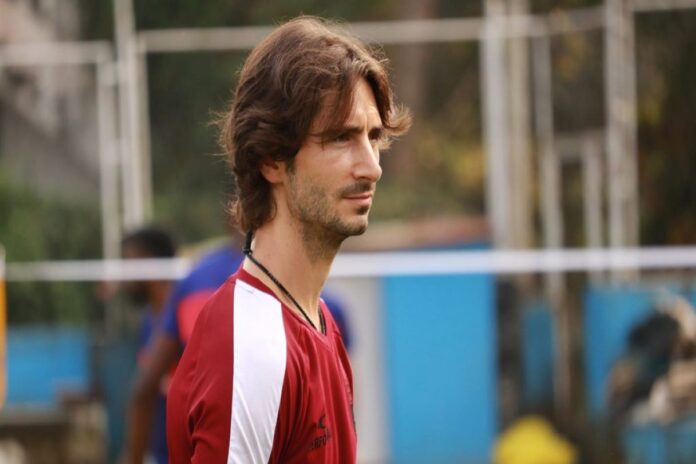 Northeast United FC head coach Gerard Nus believes that they need to learn from their mistakes, analyze the situation and recover from it, after their loss to Hyderabad FC last Friday evening. The ‘Highlanders’ are now placed at the 7th position in the league table, with 11 points from nine matches.

Even a couple of rounds ago, Northeast United FC apparently looked like they were serious contenders for a knock-out berth, but things are falling apart for them at the moment. With three losses and couple of draws in the last five matches, the ‘Highlanders’ now have an uphill task ahead, especially after the 2-4 defeat to Hyderabad FC on Friday evening. Their head coach Gerard Nus feels that they need to learn from their mistakes, analyze the situation and recover from it.

“The first half was great, there was a desire to come back. We have to score more, simple as that. We kept creating chances and then conceded easy goals. It was not a defensive plan,” said Gerard Nus, during the post-match press conference.

“Here we are, a group of mature players, we need to learn from the mistakes. It is a test of character. It is about to analyze, get good rest, and recover,” added the manager.

With the loss,  the ‘Highlanders’ are now placed at the 7th position in the league table, with 11 points from nine matches, including a couple of wins. When asked regarding the same, Gerard Nus was quickly stated that he was not too concerned about the points table, while he admitted that there is plenty of time left for them to come back stronger in the ongoing season.

“I don’t think about the table too much. We have 10 more games so a lot of games and chances to come back stronger. We are the only team that beat the best team in the league Mumbai City. In many games, we deserved to win,” explained the Spaniard.