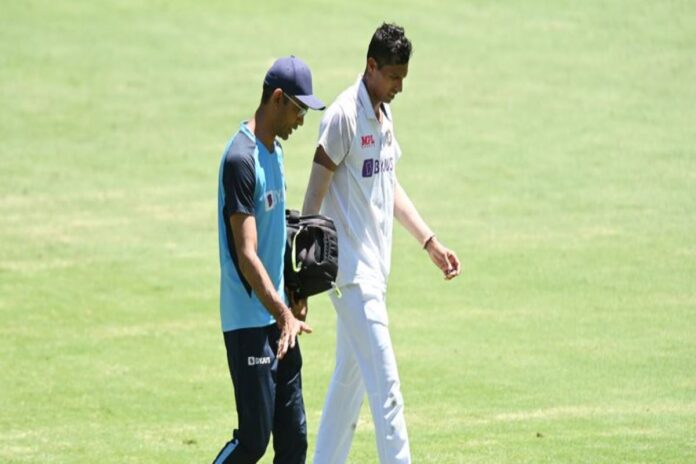 India’s injury list is hitting the roof with Navdeep Saini being the latest entrant on the list after complaining of groin pain in the fourth and final Test against the BCCI. The BCCI has revealed the same while adding that the medical team is currently assessing the situation of the Delhi pacer.

Navdeep Saini exuded control in only the second Test he played for India and extracted a fine edge off Marnus Labuschagne in the 36th over of the innings. But to his horror, Rahane dropped the simplest of catches, giving the right-hander another life. However, the pain of that drop escalated quickly with Saini seeing in deep pain of his groin and he was instantly taken off bowling, with Rohit Sharma completing the over.

‘Currently, India has T Natarajan, Shardul Thakur, and Mohammed Siraj manning the pace bowling responsibility with Washington Sundar taking care of the spin bowling. This is quickly turning out to be a nightmare for India as far as injury management is concerned.