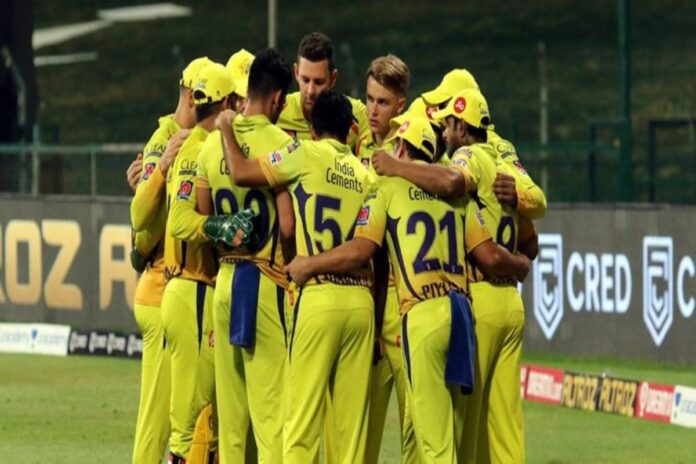 Chennai Super Kings’ sojourn in the 2020 edition was more of a Shakespearean tragedy than a cricket tournament. There was no conspiracy from Cassius but it was more like Brutus’ struggle between the conflicting moral demands with MS Dhoni finding himself in the cauldron of the United Arab Emirates.

Thus every time there was a game seeming to move out of their hands, it was inevitably the skipper who had to deliver. But then you don’t trust a retired cricketer with his best days far behind. Dhoni faltered and how! From the game clutching away at Sharjah against Rajasthan Royals to the majority of their players failing to put the last straw, CSK became a representation of the ambition of their skipper, whose leadership was under the scanner for the first time in his white-ball career.

Ruturaj Gaikwad came too late into the party, having been thrown under the bus first, but showed the CSK what could have been if the management would’ve trusted him a bit more in the beginning. Faf du Plessis was brilliant but his opening partner was not close and thus only built pressure on the unidimensional side. It leaves a gaping hole and the retention-release date allows them to address the chaos.

Ambati Rayudu (2.2 Crore) – With that price, Ambati Rayudu seemed like a fantastic pick in 2018 but three years down the line, the Andhra skipper doesn’t retain that edge that made him stand-up and earned him an India recall. He started well in the 2020 IPL but faded away sooner than the color of cheap denim jeans, only to make a compelling case for Sam Curran to be promoted up the order. With CSK having a nightmare of sorts in terms of purse available, releasing Rayudu will be a nice start.

Murali Vijay (2 Crore) – Another frustrating buy, Murali Vijay is worth ₹2,00,00,000 in IPL. Do I need to say more? Get rid of him and employ that to buy some fresh Indian talent to be a back-up opener.

Shane Watson (4 Crore): The Aussie opener, a great team man and a fantastic performer for the CSK is now retired. That straight-up saves 4 crores for the Dhoni-led team.

Kedar Jadhav (7.8 Crore) – It is an old joke but Kedar Jadhav’s only contribution to CSK so far has been his absence. That says a lot about the team’s failure and approach and it seems mind-boggling when you notice the Maharashtra batsman, a decent player for India in the ODIs, costs 7.8 crores.

Dwayne Bravo (6.4 Crore) – CSK had used the RTM card to get Bravo in the 2018 auction and it is a story of mixed reactions. But does Bravo retain that cutting edge that had once made him the most effective all-rounder on the T20 circuit? It is a question that has no dual answer and it should simplify CSK management’s woes to have an affordable strategy later on. A lot would depend on their emotional attachment but with that price, he is not worth it.

Piyush Chawla (6.75 Crore) – Looking at this, one would definitely assume why CSK might have a brilliant IPL auction this year, provided the pool of players available, because Piyush Chawla is no more the bowler he once used to be. His leg-spin was expensive and wickets were few and far between. A 6.75 crore package is way too much.

Harbhajan Singh (2 Crore): Another player from the Class of 2018 that CSK needs to do away with and it doesn’t have anything to do with his absence from the last edition. At 40, Harbhajan might seem like defying the age but the last competitive game he had played was back in 2019 and we all saw what the lack of game time did to the CSK side in the last edition.

Karn Sharma, Monu Kumar, KM Asif  (5.6 Crore combined): It is no doubt why CSK would have to release the most number of players but looking at the sheer value of them, it becomes easier for the side to do away with three also-rans who make up the number than anything else. There have been many better domestic players who can be a back-up than having Monu Kumar and KM Asif. And surely Karn Sharma, who can never be worth 5 Crore in IPL.

Marry (Retain at all cost)

CSK, as a unit, has always believed in having the core group intact and even though they need to release a dozen players, they will have another half a dozen or more who will make it to the playing XI directly. Thus it will be a trade worth its weight on gold and CSK can’t afford to leave out any of the aforementioned names.

Josh Hazlewood (2 Crore): It is a decision that can go either way on what CSK thinks would be beneficial for them. They have got the Aussie speedster for two crore – a price that is not too much for him – and if used well, the New South Wales man can deliver. Having him as a back-up to Shardul and Chahar is worth the money, I guess.

Imran Tahir (1 Crore) – From the last season, we have already seen where Imran Tahir currently sits on the pile. With a price tag of 1 Crore, the South African leggie was a steal and CSK looted the juice out of him. But with the varied age-defying ability on the fore, CSK might be tempted to have him in the line-up as a mentor and as a useful commodity in the powerplay.

Lungi Ngidi (50 Lakhs): The pacer might have had a bad season and was under fire from his own skipper, but he is a vastly improved T20 bowler in the last couple of years. Given CSK have to release a lot of players from their roster, holding Ngidi back is an option worth its value.

Mitchell Santner (50 Lakhs): Another 50 Lakh purchase, Santner was a steal for CSK and he still remains one. His exploits for New Zealand are terrific and not only is his straight stump-to-stump economical bowling is helpful for CSK, but he can also add depth in batting as well, given a chance, and the side wouldn’t want to let that pass.

R Sai Kishore (20 Lakhs): For Tamil Nadu, he is as precious a commodity as he has ever been and thus the Jadeja-like usefulness is for everyone to see. The lean 24-year-old from Chennai can be retained as a back-up because it doesn’t really hurt much and can be used at any point as a persisting player.