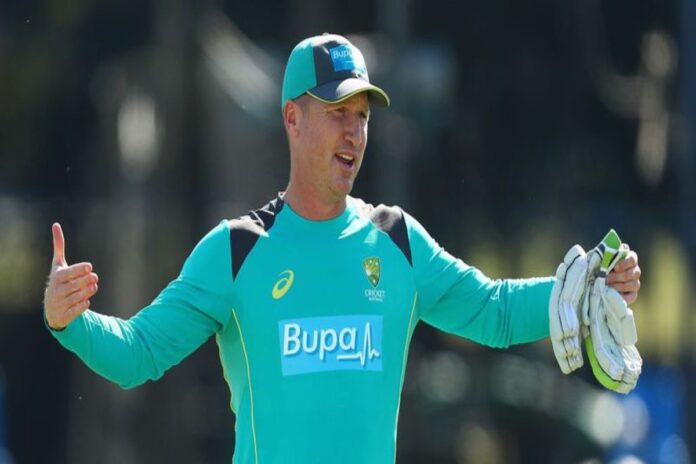 Former Aussie cricketer Brad Haddin gave his thoughts on India reportedly wanting to play the last two Tests at the SCG due to bubble-fatigue and claimed that the visitors are ‘trying their best’ to avoid playing at the Gabba. The Gabba is Australia’s fortress, with them unbeaten there since 1988.

After five Indian players – Rohit Sharma, Navdeep Saini, Rishabh Pant, Shubman Gill, and Prithvi Shaw – allegedly violated Covid protocols, a tussle between the Indian and Australian media ensued, and a report that emerged late on Saturday that has added fuel to the fire. A source close to the Indian management revealed that the visitors will object to traveling to Queensland and playing the final Test at the Gabba, due to strict restrictions in the state, and the comments have since not gone down well with the Australian media, which has accused the BCCI of misusing power.

‘Bubble-fatigue’, the source explained, was the reason behind India objecting to travel to Queensland, but former Australian cricketer Brad Haddin believes otherwise. Speaking on Fox Cricket, Haddin suggested that India are, in fact, pulling off a skit to avoid playing at fortress Gabba – where Australia have not lost in 32 years – and noted how there has been no ‘whinging’ from the Aussies, who have also been living life inside bio-bubbles for well over five months now.

“From a cricket point of view, why would India want to go to the Gabba? No one wins at the Gabba, Australia plays really good cricket there and no one’s won for a really long time (besides the Aussies),” Haddin told Fox Cricket.

“There’s a lot of moving parts here. The one thing is these guys have been in a bubble for a long, long time and they might just start to be getting a little bit tired.

“But you can’t move a Test match – if a state doesn’t have any virus – just because you’re over the quarantine. You came to Australia knowing exactly what was going to happen … you knew there were restrictions, you knew this could’ve happened.

“Yes, it’s been a long time now they’ve been in quarantine first with IPL and now with the Australian summer. But it’s the same with the Australian teams, we haven’t heard them whinge and they’ve just got on with it. To me, it just looks like they’re trying not to play at the Gabba.”

Another former Australian cricketer Andrew Symonds, who was at the center of the infamous Monkey Gate incident in 2008, meanwhile suggested that the BCCI were leveraging their ‘power’.

“Have you ever had any dealings with the BCCI?,” said Symonds, referring to the power that the Indian board holds.

“They seem to have a fair bit of power over people. It comes down to probably what the Queensland government’s going to allow them to do … But I can’t see India not getting their way, to be honest with you.”