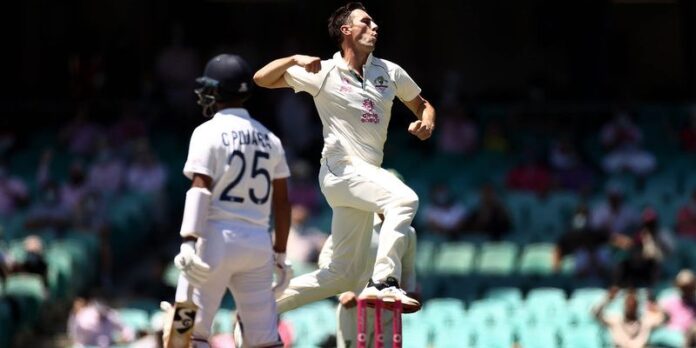 After yet another brilliant spell against Pujara, Pat Cummins has reckoned that their plans against the Indian batsman has worked really well with them making it hard for him. He also added that his performance in the series thus far has been right up there and added that he still feels fresh.

Pat Cummins has been a real threat in this series for India, with his tireless bowling frustrating the batsmen from time to time. After Australia faced the wrath of Cheteshwar Pujara in the 2018 series, their plans against the right-hander have been spot on. While Pujara and Rahane really put on a partnership, they only scored 32 runs from 22 overs which put the visitors under real pressure on Day 3.

Thus far in the series, the right-hander has been undone by the Australian all-rounder, who has dismissed him four times in the three Tests. The all-rounder, following the end of third day’s play, Pat Cummins reckoned that fortunately for them, their plans have worked well against the right-hander, bowling outside the off-stump unlike the 2018-19 series.

“He’s someone you know you’re going to have to bowl a lot at, and I think we got our heads around that this series. For him to score runs, we were going to make it as hard as possible. And whether he bats for 200, 300 balls, we’ll just try and bowl good ball after good ball, challenge both sides of his bat, and fortunately so far it’s worked,” said Pat Cummins in the post-day press conference, reported Cricket Australia.

While India have had their share of injuries thus far, Cummins has stood out from the pack of the pacers with 14 wickets at an average of 14.28 and a strike rate of 36.5. He also added that coming into the series, his rhythm and control has been pretty good while still staying fresh. Cummins was rested during the entire T20I series.

“It’s right up there. Rhythm feels really good and it feels like I’ve got pretty good control over not only where the ball’s landing, but the seam movement as well. I feel like I can nip it in and out a bit more than I have in the past. Coming into the series quite fresh as well, not having played Tests since last summer, that’s a massive help. Even three Tests in, the legs feel really fresh, so don’t discount that either,” he added.

On the other hand, Cummins also stated that he wasn’t overly bothered by Pujara’s approach in the first innings of the third Test, where he scored 50 runs off 176 deliveries before being undone by Cummins himself. The all-rounder stated that their plan was to bowl well and set tight fields, which didn’t give the right-hander too much freedom.