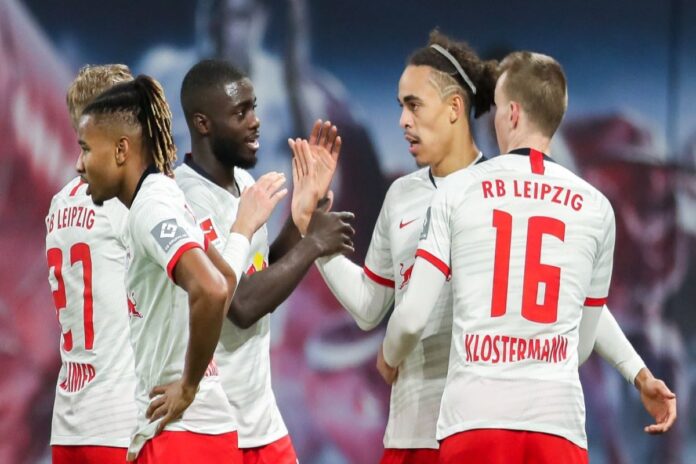 RB Leipzig CEO Oliver Mintzlaff has explained that while they are considered to be a top European club, Leipzig haven’t reached that level but are looking to change that. The Bundesliga side have become a title contender since being promoted and have also played Champions League football regularly.

Since their promotion from the 2.Bundesliga, few clubs within the German top-flight have been as good or as consistent as RB Leipzig have. The club have managed to consistently not only finish amongst the top four sides but have also, over the last few years, started challenging for the league title. While they came close last season, with them even crowned the Herbstmeister but Bayern Munich produced an incredible comeback to lift the league title.

Things have been the same this season with the duo, alongside Bayer Leverkusen, locked in a three-horse race for the Bundesliga title. But while it has seen many call Leipzig a European giant, Oliver Mintzlaff believes otherwise and he admitted as much in a recent interview. The RB Leipzig CEO further added that a “top European club wins titles and has been at the top for many years” which is not something that his side have done as of yet.

“A top European club wins titles and has been at the top for many years. Therefore we are not yet a top European club. But we set clear exclamation marks in 2020 and are perceived differently not only nationally, but now also internationally. And what also plays a role here: The number of clubs where our players could take the next sporting step has decreased significantly,” Mintzlaff told Sportsbild.

The financial effects of the coronavirus pandemic has been felt across the world with football clubs also affected badly. RB Leipzig have been no different with Mintzlaff admitting that the club lost €60 million of their revenue over two years. But he also added that the club have the capacity to develop and create their own revenue thanks to the way they have built their squad. The Leipzig CEO further confessed that they will sell their best players again but only “if it makes financial sense and we can absorb it in a sporting way”.

“We have a very broad squad in terms of quality. So we will give up high performers again if it makes financial sense and we can absorb it in a sporting way. When I think of Werner, Cunha, Keïta or Demme, we have already redeemed a lot and still developed further in terms of sport. Overall, we’ve invested a lot in our team, no question about it.

“But look: the current squad had a market value of less than 250 million when each player debuted. And if we take the current market value now, we are around 550 million. This plus of over 300 million has to be taken into account when talking about investments. We create value with our way,” he added.