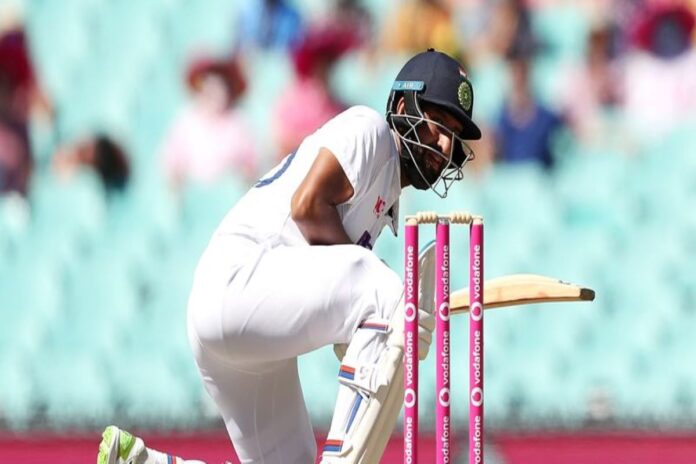 Ricky Ponting has slammed Cheteshwar Pujara’s ‘lacklustre’ batting approach as he believes the knock actually kept Australia in the game after India’s quick-fire opening partnership. While comparing his scoring rate from the 2018 series, he reinstated that Pujara didn’t bat the same way in 2018.

Back in the 2018-19 series against the same opposition, Cheteshwar Pujara had his best ever performance in an Indian jersey Down Under. Not only did he top-scored for the visitors in the series with 521 runs, 171 more than Rishabh Pant, but he also faced 1258 deliveries, the most in the series, taming the Australian bowling unit. In the ongoing series, it was also going to be a battle of whether Pujara continues his approach and if he did, would he be as successful.

After losing both the openers, with 85 runs on board, the onus was on Pujara and Ajinkya Rahane to up the ante and increase the scoring rate to get Australia’s first innings total. While Rahane lost his wicket in that approach, Pujara continued to torment the Australian attack with his slow batting. However, post his wicket, India collapsed to a total of 244, 94 short of the Australian total, which completely irked the former Australian skipper Ricky Ponting.

“To bat like he did today, finally get a great ball from (fast bowler Pat) Cummins, although he got 50, he just hadn’t hurt the Australians at all. In fact, batting like he did actually kept Australia in the game. Although Pujara got the 50 that he got, he’s as guilty as anyone for slack, lacklustre batting,” Ponting told Cricket Australia.

“I think (Pujara) has got to be better than that. If you’re going to play that way and bat that long, he’s got to back himself to make sure he gets 100, 150 at least,” he added.

Not just that, Ponting also tore open into the right-hander’s approach, stating that he didn’t bat with the intent for his first 120-130 deliveries that he faced at the crease.

“We saw it even against Lyon in the back-half of his innings today, he started using his feet and hitting the ball through the field – he didn’t do that for his first 120-130 balls,” he said.

“You can’t tell me it takes you that long to get in and get settled and work out what the wicket’s playing like or what the bowlers are bowling like,” he added.

Recalling his approach in the 2018-19 series, Ponting pointed out how Pujara was far more productive when it comes to scoring in the prior series in comparison to the ongoing one. In the 2020-21 series, Pujara has a strike-rate of 27.03, which has put India in dire positions thus far.

“He’s got to find a way to score quicker than that because that’s not going to win his team any games. I know people will say ‘he did the same thing out here last time’ but he didn’t. He batted for a long period of time but he scored a lot quicker than what he scored today,” he concluded.