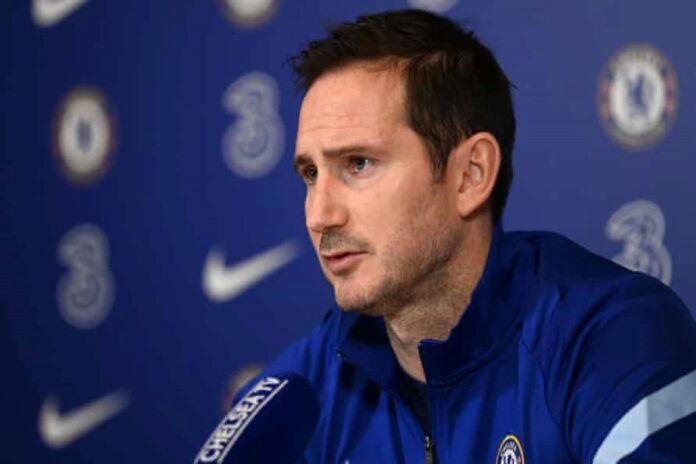 Despite mounting speculation over his future at Chelsea, Frank Lampard has admitted that the Blues’ current spell is more challenging and makes his job a lot more exciting. The London side are on a run of four defeats in six Premier League games which has seen the club look to replace Lampard.

Few Premier League managers are under as much pressure as Frank Lampard with reports indicating that Chelsea are looking to sack the Englishman. While the club are willing to give the Blues’ legend time to sort out the club’s current issues, the Athletic has reported that the Chelsea board have already started looking for potential replacements. That is because the club are currently on a run of four defeats in their last six league games with losses to Arsenal, Wolverhampton Wanderers and Manchester City.

While that is after their seventeen games unbeaten run across all competition, the pressure is still mounting on Lampard but so far, the Blues boss doesn’t look concerned. Instead, he admitted that Chelsea’s current spell is far more challenging and exciting than their winning run. Lampard further added that while he understands the “expectations of a club like” Chelsea, he never expected “an easy run in this job”.

“In terms of myself, I have to say I came into this job expecting pressure and I have to say my own personality means that I’m weirdly quite strange. You probably have to be to do this job at times, but when things are going well, I put more pressure on myself. I don’t like things going well because I worry what’s around the corner, I worry about complacency. With the unbeaten run, I was constantly under pressure myself with people telling me how great we were,” Lampard told a news conference.

“Now, of course I understand the pressure heightens because I understand the expectations of a club like this but I love doing what I’m doing. I never expected an easy run in this job. I’ve come to a huge club in Premier League and world football in the process of a rebuild. That was never going to be an easy run. So I have to expect these situations,” he added.