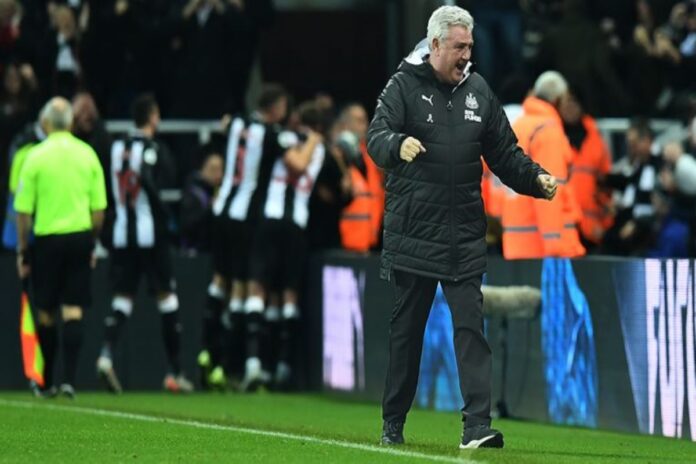 Newcastle United manager Steve Bruce has admitted that while he understands the financial reason to continue playing, he believes it is morally wrong to continue playing amidst a pandemic. The Magpies were the first team to have a game postponed this season after a COVID-19 outbreak at the club.

With a reported 112 positive COVID-19 tests from 3,507 players and club staff tested within the EFL over the past week, it has many concerned that the English football season could be suspended again. It has seen reports indicate towards the same despite the Premier League admittance that they have full-faith in their protocols and ability to continue to play on. However, with the number of positive tests continuing to rise, especially at Aston Villa and Fulham, fans continue to be concerned.

It has seen many people call for a suspension of the league with a few Premier League boss all for that but there are a few against putting the season on hold. Steve Bruce, however, is on the fence as he admitted that while he understands why “financially it is right to play on “, his moral stance makes him believe that it is wrong especially at the speed of infection. The Newcastle United boss further added that his players and club staff are still suffering with it a difficult time.

“Financially it’s right to play on. But, morally, for me it’s probably wrong. The speed which it hit our club within a week and ripped through everyone was scary. It’s difficult to contain and it leaves people sick. Jamaal has been give the go-ahead [to play again] by the doctors so it’s now just about he feels but Allan is going to take time. There’s so many symptoms and problems after the virus it’s been difficult,” Bruce said, reported the Guardian.

“I’ve seen how dangerous it is. It was pretty scary stuff, I can tell you. We adhered to all the protocols but it just takes one person to cause mass infection. We are still suffering weeks and weeks after our outbreak. Arguably our best player [Saint-Maximin] has been laid low for six or seven weeks now and he’s been unable to do anything at all. Trying to get him back is a big challenge.