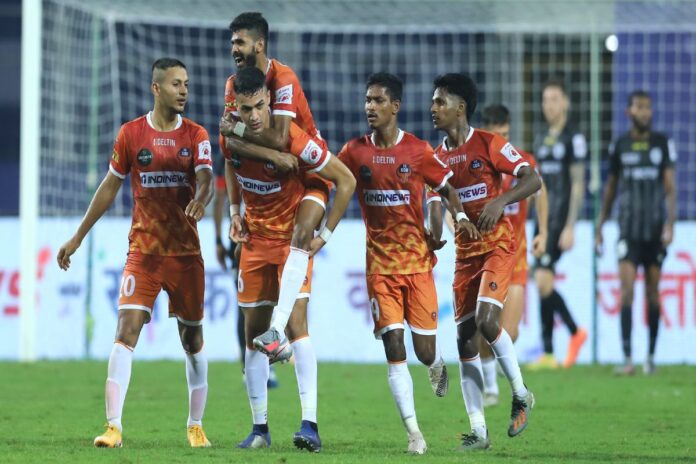 FC Goa scored a late equaliser to hold ATK Mohun Bagan to a 1-1 draw in an Indian Super League (ISL) on Sunday at the Fatorda Stadium.

The first half played itself out in predictable terms. FC Goa dominated possession — they had 62 per cent of the ball in that period — and sprayed passes around the pitch while ATKMB maintained their shape and ensured their opponents did not get many clear chances.

Both the sides, however, managed to find the crossbar in the opening half.

FC Goa started looking more threatening in the later minutes. In the 36th minute, Bhattacharja was called into action, to stop a Saviour Gama shot.

FC Goa nearly scored soon after the restart. In the 50th minute, Seriton ran free down the right and looped a cross into the box, that eluded everyone. The ball crashed into the inside of the upright but somehow did not find the net.

Six minutes later, Bhattacharja was alerted again to save a deflected shot from Brandon Fernandes.

It was Juan Ferrando”s men who were running the show after half time, but then, against the run of play, ATKMB found a goal.

ATKMB found a goal against the run of play when Roy Krishna was fouled by James Donachie just outside the box and Garcia’s powerful free kick found the right-hand corner of the net. But with just minutes left on the clock, Pandita diverted it into the net from a corner to drag Goa level.

The draw means ATKMB remain second with 21 points, still five points behind the leaders, with Goa just behind them at third with 19 points.