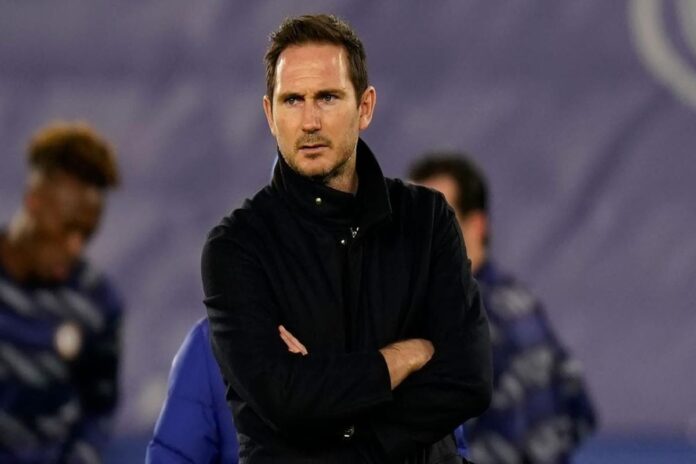 As per reports released earlier, Chelsea have confirmed that they have sacked manager Frank Lampard less than a day after the Blues beat Luton Town in the FA Cup. The club haven’t appointed an interim coach, as of yet, but the statement confirmed that they are set to appoint a replacement soon.

After months of speculation and rumours about his future, Chelsea have confirmed that they have parted ways with head coach Frank Lampard. The former Derby County coach was eighteen months into a three-year contract that he signed in the summer of 2019 with the club.  However, despite an impressive first season with the Blues, Lampard and Chelsea struggled in the first half of this season with them winning just two league games out of their last eight.

That, combined with the club’s 200 plus million spend over the summer, saw many call for Lampard’s head despite reports indicating that Chelsea were willing to give him time. The Blues’ confirmed the news and revealed that it “had been a very difficult decision” especially given Lampard’s status as a club legend. The statement further added that with the lack of a “sustained improvement” did not meet the club’s expectations and that cost Lampard his job.

“Chelsea Football Club have today parted company with Head Coach Frank Lampard. This has been a very difficult decision, and not one that the owner and the Board have taken lightly. We are grateful to Frank for what he has achieved in his time as Head Coach of the Club. However, recent results and performances have not met the Club’s expectations, leaving the Club mid-table without any clear path to sustained improvement. The Club will be making no further comment until such time as a new Head Coach is appointed,” reads the statement on the club’s website.

“There can never be a good time to part ways with a club legend such as Frank, but after lengthy deliberation and consideration it was decided a change is needed now to give the Club time to improve performances and results this season.”

The 48-year-old was appointed amidst much pomp and circumstances last season but struggled to turn things around with Chelsea stuck in a quagmire. However, that has been the case for the Blues in the past with quite a few managers losing their jobs after a bad run of form. It saw Chelsea’s owner Roman Abramovich admit that “this was a very difficult decision for the club” but “current circumstances” forced the club’s hand. He further added that Lampard will always be “warmly welcomed back to Stamford Bridge”.

“This was a very difficult decision for the Club, not least because I have an excellent personal relationship with Frank and I have the utmost respect for him’. He is a man of great integrity and has the highest of work ethics. However, under current circumstances we believe it is best to change managers,” Abramovich told Chelsea’s website.

“On behalf of everyone at the Club, the Board and personally, I would like to thank Frank for his work as Head Coach and wish him every success in the future. He is an important icon of this great club and his status here remains undiminished. He will always be warmly welcomed back at Stamford Bridge.”