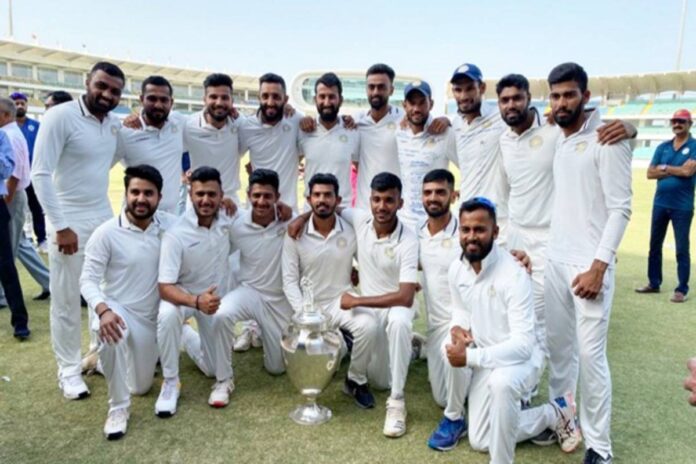 After successfully hosting the Syed Mushtaq Ali Trophy, the Board of Control for Cricket in India (BCCI) will now organise Vijay Hazare trophy, Women’s One-dayers and Vinoo Mankad Trophy. Late on Friday, it was confirmed to the state associations about staging the various domestic tournaments.

The Global pandemic has greatly impacted the way Indian domestic cricket has shaped in 2020/21 season but the Men’s 50-overs tournament, Vijay Hazare trophy, Women’s one-dayers and U19 limited-overs tournament, Vinoo Mankad Trophy will now take place. BCCI, after consulting the various state bodies and keeping in mind the pandemic, arrived at this decision and sent a letter of confirmation to the concerned state bodies.

BCCI Secretary Jay Shah stated that the support of the state associations has made it possible to organise various domestic tourneys and internationals. He added that it was pertinent to make sure that women’s cricket takes place and so does other competitions.

“The pandemic has tested each and every one of us and there is no life that has remain untouched by it, and while it has been difficult, your support has meant that we have been able to resume both domestic and international cricket in the men’s category, ” Jay Shah wrote, reported TOI.

“As you are aware, we have lost a lot of time and consequently, it has been difficult to plan the cricket calendar on account of the precautions that are necessary for the safe conduct of the games.

“However, it was extremely important for us to ensure that women’s cricket takes place and I am extremely happy to inform you that we are going to conduct the Senior Women’s One-day tournament simultaneously with the Vijay Hazare Trophy and follow it up with Vinoo Mankad Trophy Under 19. This has been decided after having received your feedback on the domestic season 2020-21,” he added.

Staging of Vijay Hazare trophy also spells doom for Ranji Trophy as earlier it was reported that either of the tournament will take place this year given the limited window that BCCI have got with IPL set to be played in few months time.

Yet, these tournaments have come as great news for various domestic cricketers who were not able to play competitive cricket in times of COVID. It started with the organisation of the domestic Men’s T20 tournament, Syed Mushtaq Ali trophy which marked the return of cricket with bio-bubble restrictions in place.