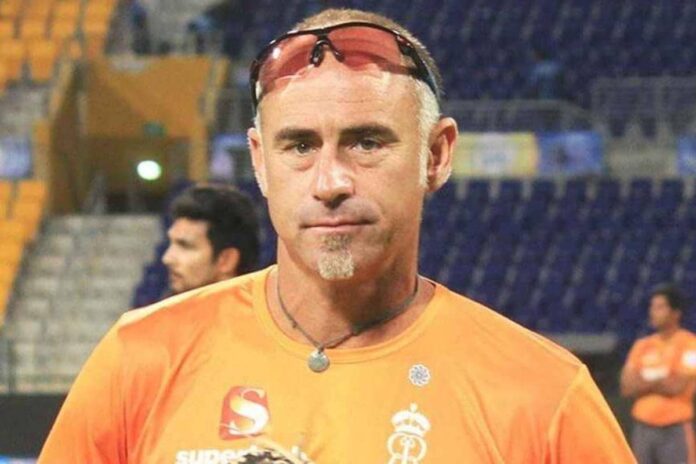 Former Rajasthan Royals coach Paddy Upton has highlighted the impact of Rahul Dravid’s influence on Indian youngsters, which he feels helped them come through the pressure cooker Gabba Test. He also added that Dravid doesn’t get upset with mistakes, which helps players in expressing themselves.

The Gabba Test between India and Australia witnessed the new-age stars Washington Sundar, Shardul Thakur, Rishabh Pant, Mohammed Siraj and Shubman Gill, expressing themselves fearlessly in the face of pressure and coming out with flying colours. Notably, the Indian team management had left the choice on Rishabh Pant and co. to go for a win or draw in the final session of the series decider in Border Gavaskar trophy. But he went for the glory and eventually ended up breaching the Gabba fortress, something not done in the last 32 years and won the series 2-1.

One thing common in the aforementioned youngsters is that they have all been part of Rahul Dravid’s coaching early in their career which has helped them shape into better players. This is what Paddy Upton, former coach of Rajasthan Royals, also feels as he reckons that Dravid allows players to make mistakes and open up, which is critical to their success.

“For someone like (Dravid) who doesn’t get upset about mistakes, he is allowing mistakes and really freeing the mind of the players to express and perform and if they make mistakes, have a good conversation, so there is an equanimity and calmness,” PTI quoted Upton as saying, reported HT.

“And that is what then conditions those players’ minds. We have seen in the last Test match (in Brisbane), these youngsters coming in a high-pressure situation, I think having come through Dravid is a significant part of their success,” he added.

Upton, who worked as the Mental Conditioning and Strategic Leadership coach in the Indian cricket team and was an integral part of Gary Kirsten’s coaching staff, also stated that the culture of the team has a great impact on the mindset of the players.

“The culture around an athlete is the strongest influence on a player’s mind. That system and environment are constantly influencing their behaviour and that is created as a result of how senior leaders manage and conduct themselves,”

“So if you have a coach and captain who shouts and screams and gets disappointed when someone makes a mistake, I will show you a team that is filled with fear of failure. Conversely, for example, the U-19 players that are coming through Rahul Dravid, and we are really seeing the benefits of it in the cricket world.”