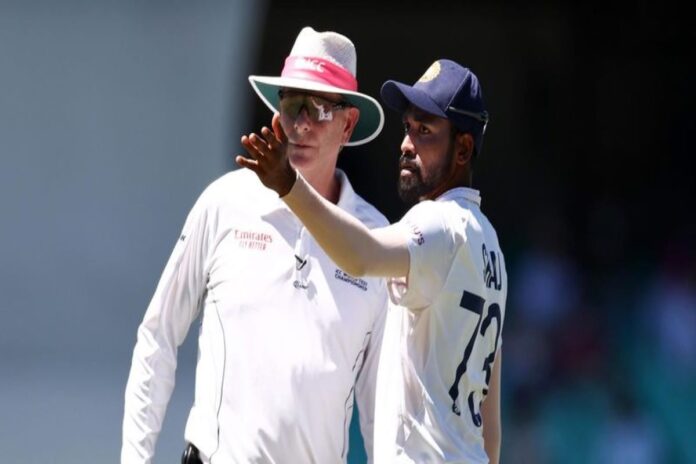 Former Australian opener Ed Cowan has launched a no-holds-barred attack on his own nation and has claimed that the entire country of Australia has a problem with racism, casual or otherwise. Cowan’s comments come on the back of Siraj copping racist abuse from a section of the SCG crowd.

Three days ago India and Australia played out what was one of the best Test matches of the century, yet it was marred by an ugly incident that has unfortunately overshadowed the cricket. On the conclusion of play on Day 3, team India launched an official complaint to the ICC regarding racist abuse that a select few players received from a section of the SCG crowd, but all hell broke loose on Day 4.

Moments before Tea on Day 4, India’s Mohammed Siraj complained to the officials that he yet again received racist abuses from members of the SCG crowd, due to which play was temporarily halted. Eventually play resumed once the alleged abusers were evicted, yet the incident has left a black mark on the entire country of Australia.

Investigations are currently ongoing, but according to former Australian opener Ed Cowan, racism in Australia extends to beyond just this one incident. Cowan accused Australia of being a ‘racist nation’ and claimed that there is generally racist abuse found in every AFL or Cricket game in the country.

“We have an issue with Australia full stop, we are a very racist nation,” Cowan told ABC Grandstand.

“That is my view, and this is not bound to cricket or sport, it is merely a reflection of the society we live in, and it’s not good enough. The big thing other people haven’t spoken about is this happens every game. This is not an outlier.

“Every AFL game, every cricket game, the difference being there are 40,000 people there and the cricketers or AFL players rarely hear what’s being said. You reduce the crowd capacity to 25% and you hear every single word and so the buffoons that were yelling out, they would’ve been yelling out days one to four, with 40,000 people there and no-one would’ve said boo. It’s the fact that all of a sudden they’ve been heard.”

Cowan, who represented Australia in 18 Tests, believes that security guards in stadiums must be more vigilant when it comes to throwing out racist fans, regardless of whether the players hear or complain about the abuse. The 38-year-old urged Australia to get serious about kicking out racism and lauded young Siraj for having the courage to call out abuse despite playing in just his second Test match.

“We need to make an effort at the grounds, irrespective of whether the players hear it or not, whether you have a crowd control person on every single aisle and they are monitoring,” he said.

“But if we are serious about stamping out racism in this country, it is a zero tolerance and we need to get serious about that. The real hero on this is the young Indian Siraj, for calling it out, for having the courage to say ‘you know what, this is only my second Test match, I know what I heard’, he’s called it out and there should be every single inch of investigation, and that is the example that it’s set, that it’s not on, and we need to start calling it out.”