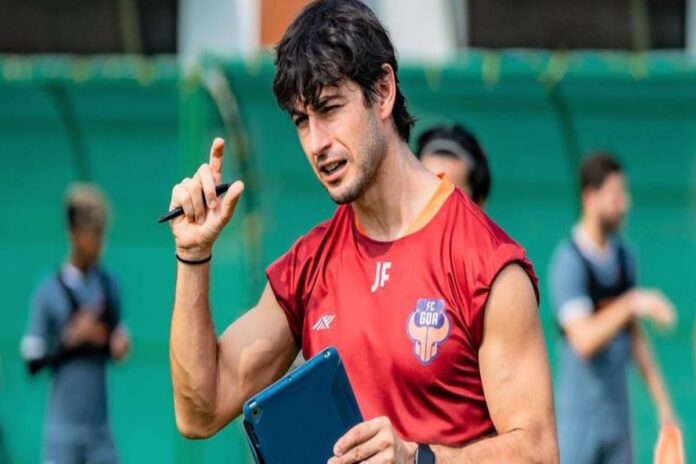 FC Goa head coach Juan Ferrando is adamant that his team cannot repeat the same mistakes they made when the Guars face Jamshedpur FC on Thursday. Ferrando’s side currently sit fourth on the league table having collected 15 points from 10 matches, a run that includes four wins to their name.

FC Goa have to be kicking themselves for losing an opportunity to log full points against SC East Bengal, despite the fact that the Kolkata-based side were reduced to 10-men with more than half-an-hour left on the clock. But, the ‘Gaurs’ did just about enough to finish in fourth place on the league table half-way through the season despite the draw. But it has seen their head coach Juan Ferrando admit that his team cannot repeat the same mistakes when they take on Jamshedpur FC this Thursday evening.

“I believe in my squad. No individual plan for anyone. Be it Valskis, Lima, or Jackichand. For us, it is important to play as a team and to prepare against the Jamshedpur side. Jamshedpur is a very good team. We have to improve game by game. We try to find our mistakes and in the training, we are working on it. We don’t want to repeat the same mistakes,” said Juan Ferrando, during the pre-match press conference,

The Spaniard has done thorough homework in the build-up to the upcoming game and stated that Jamshedpur FC are a very strong side when it comes to set-pieces. Having said that, Ferrando admitted that they have formulated a solution to counter the same.

“They are strong in set-pieces. But we have a solution. It is important for us to control the timing and space. The last goal from Valskis was perfect. But the aim is to control the second ball,” added the FC Goa head coach.