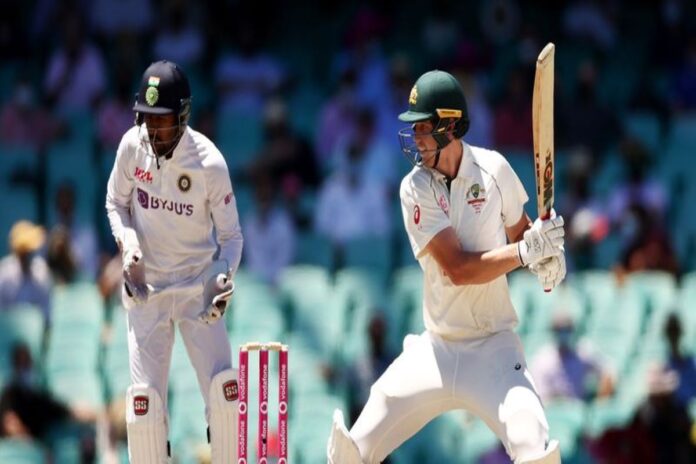 Cameron Green’s 84 on Day 4 has garnered far less attention than it deserves, due to the unfortunate circumstances that put a temporary halt to his surge, but at the SCG on Sunday, the youngster showcased maturity beyond his age that might keep the Aussie batting in good stead for years to come.

In the eyes of a commoner, Cameron Green is living the dream. At 21, he already has a Baggy Green cap to his name and, after playing just a handful of international matches, has attracted more media attention than 99.99% of people would in their entire lifetime. He is tall,  he can bowl fast, he can score tons and he is the incontestable darling of an entire country. Everyone collectively wants him to succeed. What more can someone ask for?

But you truly have to view life through the prism of Green’s own eyes to understand the magnitude of the absurd and undue expectations placed on his broad shoulders at such a young age. He is 21 but everyone expects him to play like he’s 28. He bats at No.6 but experts want him to score centuries like a No.4. He is a batting all-rounder but fans want to see him send down 15 overs a day at 140 clicks. He is 198 cm tall but he is expected to show the agility of a 5’5 gymnast. All this because they know he has it in him.

Regardless of what he does, he will be expected to raise the bar. In short, being Cameron Green is not easy.

Green himself found this out two days ago. After Jasprit Bumrah dismissed him for a 21-ball duck using the Mo Siraj trap, the suspicions began. “We sure this guy’s a generational talent?” When the commentators pinned the blame on Matthew Wade for exposing Green to the second new ball, a few said, “Wade’s an idiot for exposing Green but surely a Test quality No.6 should know how to deal with the second new ball?”

A good chunk, meanwhile, feared if he would turn out to be the next Mitchell Marsh or Hilton Cartwright. And this argument, in particular, had logic, though silly. Both Marsh and Cartwright were Western Australian (pace bowling) all-rounders who were handed premature Test caps, well, pretty much like Green. We very well know how their careers panned out.

After his knock on Sunday, though, you suspect those comparisons will end. With regards to his dexterity against the new ball, the jury might still be out, but fewer people, you imagine, would doubt whether he is a No.6 who is ‘Test quality’.

Should Australia go on to win this Test by a significant margin – which looks likely – chances are that Green’s knock will be brushed aside as a ‘stat-booster’ that came on the back of hard work done by Smith and Labuschagne. After all, for the most part he was fighting a one-sided battle against a tired, worn down, armour-less Indian attack whose morale had been broken long back.  66 of his 84 runs came after the lead had been stretched over 300; it is what they call the ‘bonus-runs’ territory.

But as much as Green’s knock will be reminisced for the four monster sixes after getting to his fifty, it was his first 22 runs which punctured India’s tyres and deflated any hopes of bowling the Aussies out cheaply or quickly.

The scorecard might not reveal the full picture, but Australia were in a deep spot of bother when Green walked in to bat. In the space of three overs they had lost both Labuschagne and Wade and 242 was the lead after the first hour. The visitors had clawed their way back into the contest through an out-of-the-blue Navdeep Saini burst and were looking to edge ahead – at least on Day 4. Given India had skittled out the last 5 Australian wickets in the first innings for just 89 runs, in far friendlier batting conditions, they really fancied their chances, and to add to the drama all that stood in front of them and the tail was a two-Test young rookie who was on a pair.

The problem for India was that Green didn’t bat like one. Heck, unlike a certain few veterans, he did not even go in nervous search for that quick single to get off the mark and get off the pair. He instead absorbed the pressure, patiently evaded everything that was thrown at him and made the bowlers run out of breath, hope and patience before even contemplating making a move..

Green’s knock on Sunday oozed maturity, the one attribute which you’d least expect from a novice, and it ultimately helped him get the better of his opponent. As much as the 84 was about brute power and his rock-solid technique, it was the Western Australian’s temperament that served as his trump card. He bided his time after walking out to the middle in an adverse situation and solely focused on rebuilding with Smith, regardless of how much time it took. His first 66 balls yielded just 22 runs and he only attacked the absolute ‘hit-me’ deliveries that pleaded to be dispatched.

More impressively, however, after Smith perished, at which point he was on 23* with the lead 302,  it was how Green paced his contribution in the Tim Paine partnership that showcased his duality. India, at this point, still had an opportunity to run through the lower-order, yet they were to be denied by a calculated assault.

Though the broadcasters and a million Twitter commentators were urging Green to free his arms once Paine arrived, the youngster froze time and scored just 8 off the first 31 balls of his partnership with the Aussie skipper. By doing so he ensured that the Indians, yet again, were denied the privilege of getting back-to-back breakthroughs. The first boundary he really ‘forced’ out of his bat — a dancing mid-wicket hoick off Ashwin – only came in his 90th ball, but once he got to his fifty, the floodgates opened: he shifted gears and remarkably struck 33 off his last 15 balls. By the time Bumrah nicked him off, Green had batted India out of the game; for someone who looks like a basketballer, he ended up successfully playing 4D Chess.

It must be remembered and acknowledged, however, that, despite Green falling just 16 runs short of his maiden ton, his batting has a long way to go.. As pleasing it was to see the youngster post a big score, particularly after missing out in the second innings at the MCG, it was an 84 that was far from perfect. Twice he was handed reprieves by the Indian fielders – a non-effort from Vihari and a spill at gully by Rahane – and should one of those opportunities have been gobbled, the narrative around his knock, and subsequently his batting, would completely have been different. He also had a false shot percentage of 16% – the worst of any Australian batsman not named Warner – and came threateningly close on multiple occasions to falling for India’s trap, on either side of the bat.

Yet, all things considered, what he’s shown is promise, and promise in plenty. Green’s Test career might just be three Tests old, yet he has already displayed that he is willing to put a big price on his wicket – something that was absent in several of his predecessors. Thus far in his Test career, the Western Australian has faced an average of 76.6 balls per innings, a figure, among Australian batsmen who have batted 5 or more innings at No.6 since the start of 2010, bettered by only Mike Hussey and Travis Head.

Early signs indicate that he is gliding along the right direction with the bat, but if you’re Cameron Green, that is just job half-done. You really will not please people until you also start delivering with the ball.

Come to think of it, who would want to be Cameron Green?