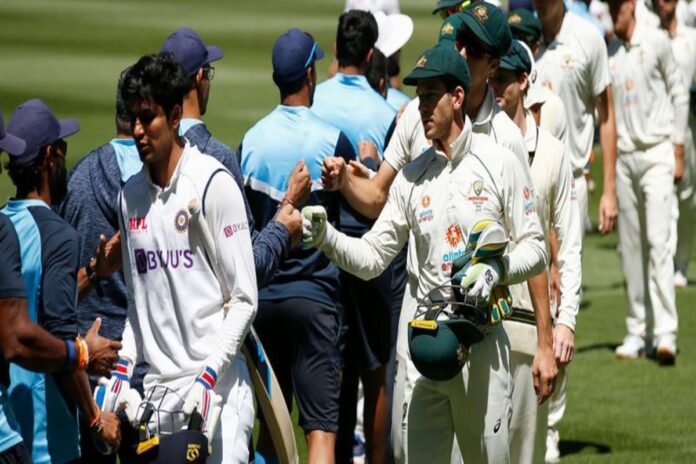 After many rounds of speculations, Cricket Australia have put speculations to rest as they confirmed that the fourth Test between India and Australia will go on as planned at the Gabba. However, they also made it clear that only 50% crowd will be allowed in the ground, given the COVID situation.

After a week full of uncertainties and contrasting reports, all the doubts regarding the staging of the fourth and final Test in Brisbane has been quashed by Cricket Australia, who confirmed the match will go on as per the schedule. The Indian team, as per reports, were unhappy with the hard quarantine rules and had even stated that it was against the MoU signed between the two boards. It had given rise to many possibilities like forfeiting the game or playing back-to-back Tests at SCG or perhaps curtail the four-Test series into a three-game affair, but CA’s confirmation has put all speculation to bed.

CA interim CEO Nick Hockley, speaking to SEN Radio, revealed that he confirmed the venue with the BCCI and got the green signal to go ahead. The Gabba Test, however, will be played with a reduced capacity of 50% as against full capacity, which was earlier going to be the case. The fans will also have to wear masks while moving around the venue.

“I had a call last night from the BCCI secretary and he confirmed we are good to travel to Brisbane on Tuesday,” CA interim CEO Nick Hockley told SEN Radio, reported cricket.com.au.

“We have been working closely with Queensland Health to ensure our strong biosecurity plans guarantee the fourth Test at The Gabba is played safely,” Hockley said.

“Throughout the season, we have developed a strong track record for a safe and responsible return to the sport thanks to our well-established biosecurity protocols, the ongoing support from public health officials and the incredibly hard work of so many people across Australian cricket.

“I want to thank the Queensland Government for their cooperation and willingness to working closely with CA and the BCCI so we can deliver the fourth Test as planned, but more importantly delivering on a plan that places the safety and wellbeing of the players, match officials and the wider community as a top priority.”

The Gabba Test will be played between January 15 and 19. It will also mark the first instance of the two teams clashing at the venue since 2014.