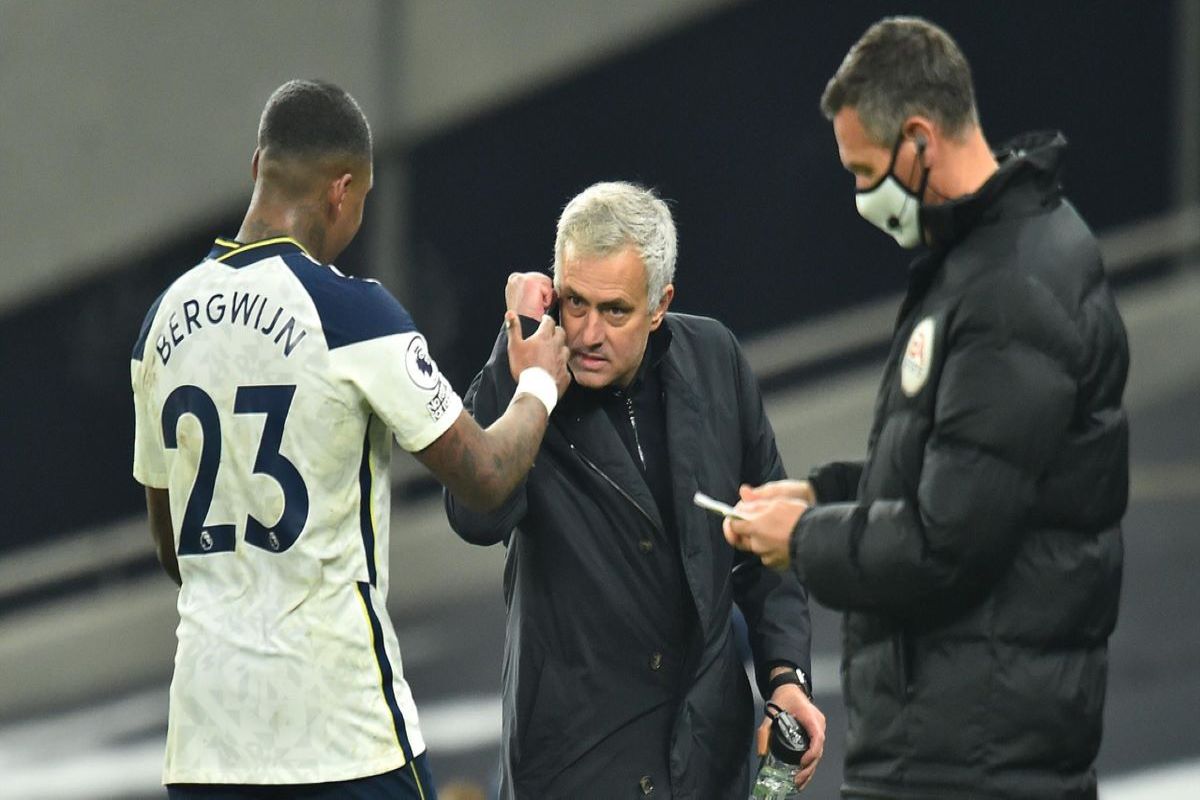 With Tottenham challenging for the Premier League title, Jose Mourinho has asked his squad to keep their cool and give everything they’ve got until the season ends. The North Londoners are in fine form going into a derby against Arsenal with them only one point behind league leaders Chelsea.

Nineteen games into the 2020/21 season, nobody expected Tottenham and Jose Mourinho to be a key part of the title race despite their impressive summer window. However, with just two losses in their opening nineteen games and just one in their opening ten league games, the North Londoners are well within reach of challenging for the title. Not only that, many have Mourinho’s side pegged as one of the favourites especially with Harry Kane and Son Heung-Min firing on all cylinders.

But ahead of a North London derby, Spurs take on their biggest rival although the Gunners aren’t doing too well this season. Yet the talks of title challengers seems to have affected Jose Mourinho as the Portuguese boss asked his side to be “calm” and not get too excited with their new title. The Spurs boss further added that they need to keep going until the end of the season if they want to win anything.

“If the talk outside is positive talk, we have to be patient and calm and not excited. If the talk is negative and critical, we cannot be affected by that either. We have to be cool, we have to keep a balance and give everything we have, always, and at the end of the season we will see what happens,” Mourinho told Sky Sports.