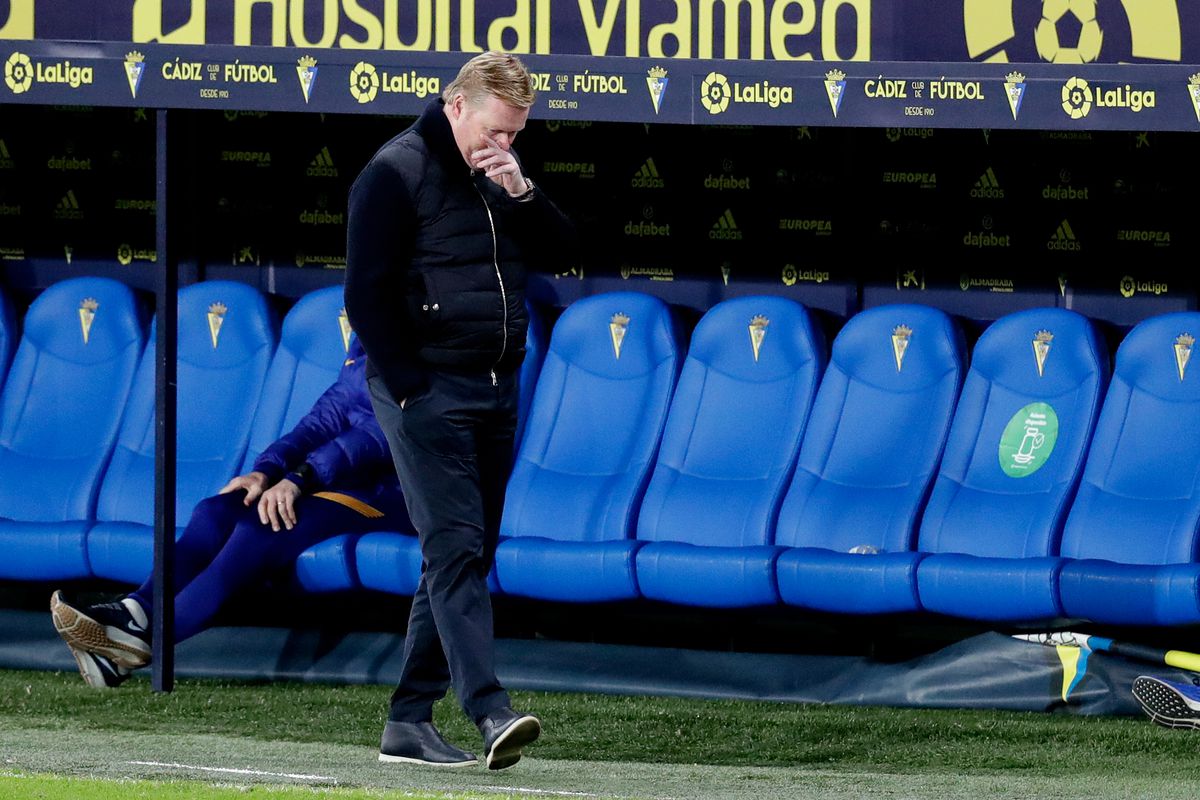 Ronald Koeman has admitted that the shocking 2-1 loss to Cadiz is very difficult for Barcelona to explain and added that it’s a big step backwards for them as they look to win the league. The La Liga giants haven’t had the greatest start to their season with it their worst since the 1987/88 season.

Despite three losses in their opening ten games, Barcelona walked into the clash against Cadiz with just one loss in their previous eight fixtures across all competitions. That combined with a dominant win over  Ferencvaros had many hopeful that the La Liga giants would overcome a side that had already beaten Real Madrid. But that wasn’t the case as goals from Alvaro Gimenez and Alvaro Negredo handed Barcelona their fourth loss in the league.

It also handed the La Liga giants their worst start to a Spanish top-flight season since the 1987/88 term with just fourteen points in their opening eleven fixtures. That combined with an Atletico Madrid win saw them push their lead at the top to twelve and it saw Ronald Koeman admit that the stunning loss is very “difficult to explain”. The Barcelona boss further added that the defeat is also a “huge step back in terms of winning La Liga” and that it’s “not the level he expects from” his side.

“It’s a huge step back in terms of winning La Liga. It’s disappointing but we must accept it, even though being 12 points back from a strong team like Atletico is a lot. The result today is difficult to explain. We concede the first goal and weren’t good in attack, with too many players in the middle of the pitch. That’s not the level I expect from my team. We must improve. We must be more focused. In general, the attitude without the ball was not good,” Koeman said, reported ESPN.