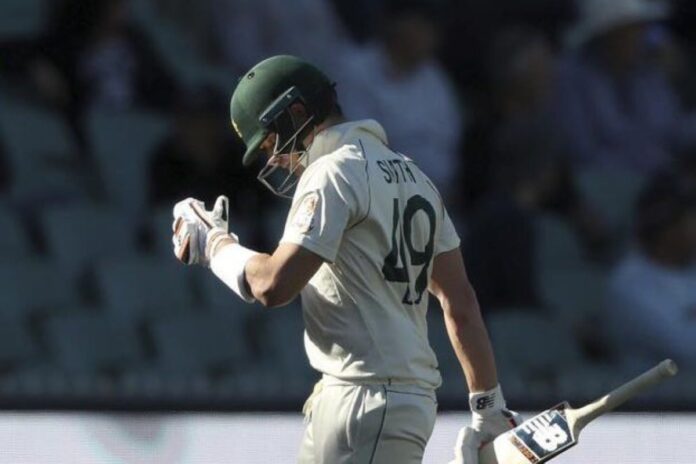 Cristiano Ronaldo missing a penalty. Roger Federer losing in the first week of Wimbledon. Steve Smith getting dismissed for a duck in Test cricket. There are certain events in sports that, as a viewer, you feel are implausible.

Not necessarily just because of statistics, but also due to the perfunctory ease with which these athletes have historically attained success – to the extent that seeing them fail is pretty much unimaginable. So if and when they do flounder, the impact is Brobdingnagian; it leaves you dumbstruck.

It has been 7 years since Federer last failed to make the second week of Wimbledon, but in the span of a week we’ve had two unthinkable events come to fruition: Ronaldo missing a penalty and Smith walking back to the pavilion for a duck whilst donning the whites. But while schadenfreude eclipsed the absurdity of Ronaldo missing a penalty versus Atalanta, Smith’s duck on Saturday elicited a single overarching emotion from the entire cricketing fraternity: numbness.

Prior to his innings today, Smith had averaged 113.50 at the MCG, the most by any batsman not named Don Bradman at one particular venue. 85, 76, 165*, 134*, and 192 read his last 5 first-innings scores at the ground, and 151.25 was his average against the Indians in the first innings of Tests at home. He was rightfully undisputedly backed as Australia’s top batsman despite racking up a 1 in Adelaide, and a fifty from his bat seemed a bare minimum on a flat MCG surface. So it was only fair that time froze and the world came to a standstill as Smith perished without troubling the scorers: although sad, it was some sight to behold.

On watching the replays, Smith would be the first to admit that he was dismissed to a nothing delivery. There was no chicanery from Ashwin, and Smith pretty much clipped a regulation full, in-drifting off-break straight into the palms of the leg-slip fielder. It was a fidgety shot that you usually don’t see from the eccentric right-hander, particularly in the embryonic stages where there are fielders in the bat’s vicinity. But while in the past he, and those watching, would have ostensibly shrugged it off as a freak one-off, there is now a developing worrying underlying pattern. For over the course of the past 12 months, uncharacteristic has been the new normal for Smith in Test cricket.

With his duck, today, Smith’s average post the Ashes – 10 innings – plummeted to 28.44. Not since his Shane Warne, 2.0 days has he averaged fewer in a 7-Test stretch. Yet more than the paucity of runs, it has been the manner of dismissals which have been concerning. For a year now Smith has looked ‘lost’ in the whites, coming off as a low-budget, unsuccessful imposter of the outlandish boy that wants to do nothing but bat all day long. When he’s in, he’s tended to suffer perplexing lapses of concentration and when he’s not, regardless of the situation, he’s had the urge – propelled by an inexplicable adrenaline rush – to get away and break the shackles.

These traits were on display last summer, where he averaged 36.28 and went 5 Tests without a ton. In Brisbane against Pakistan, walking in to bat at 351/2, Smith perished after just 10 balls, having his timber rattled by Yasir Shah attempting a wild swipe. In Perth versus the Kiwis, he went for a wild slash off Lockie Ferguson on 19, which would be put down, after which he would go on to add just 24 more runs.

Later at MCG, he fell short of a ton by 15 runs after being bamboozled by a Neil Wagner short ball and the SCG, he threw his wicket away on the stroke of stumps to an innocuous Colin de Grandhomme half-tracker, fending his bat at a fifth-stump delivery which he usually, at his best when he’s in the zone, would have let go. There were shades of that hastiness today, which resulted in him posting his first duck on home soil in four years.

What will worry both Australia and Smith is the duration of this bad patch which he just cannot seem to shrug away. One bad series turned into two, which in turn proliferated into an entire summer and now, all of a sudden, it’s been 8 Tests since he’s looked like his usual self. From not long ago finding ways to score centuries for fun, he is now finding fun ways to get out, showcasing indiscipline which, at least until the Ashes, he’d shelved for the six years he dominated the format.

That this rut has been mutually exclusive to red-ball cricket will also worry the Aussies. Ironically or not, Smith has enjoyed a supreme run of form in limited-overs cricket since after Ashes 2019, a period where he’s pretty much evolved and revolutionized his own batting in the shorter formats. He’s averaged 63.11 in ODIs and 40.33 in T20Is  since October 2019, at a time when his stocks in the longest format – where he’s averaged 28.44 – have plummeted. For his sake, Smith will be hoping that this is a weird coincidence, and rather not something more deep-rooted, where his red-ball prowess dwindles proportionally as his white-ball mastery surges.

The alarm bells have been ringing for quite a while, and that Smith has now gotten out twice in single digits to a bowler who, prior to the series, he averaged 116 against, in a country where he averages close to 70, is ‘CONCERN’ written in uppercase, at least by his own standards. Smith might have lost his hands which he discovered prior to the ODIs, but, along with that, it is of paramount importance – for both himself and Australia – that he also rediscovers his zone, which, in the process of regaining the urn, he seems to have dropped at Old Trafford.