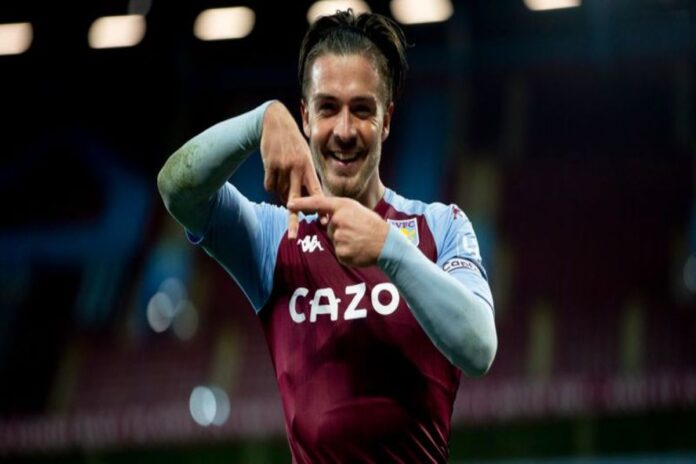 In light of Jack Grealish playing some of his best football this season, Dean Smith has admitted that the Aston Villa captain is at another level but could still improve. The 25-year-old has been a key figure as Villa climb towards mid-table security with him playing every single league game so far.

Few players have been linked as heavily with a move away as Jack Grealish has, going all the way back to his days in the Championship. But things have changed since then with the Aston Villa captain playing a key role in the club’s survival last season. It often felt like Grealish was doing everything on his own but things have changed this term. A few smart additions have seen the Villians thrive with them currently sitting in 11th place on the league table.

Not only that, Grealish has played a key role with five goals and seven assists in all twelve games with the Villa captain doing what he can to help his side survive. It has seen Dean Smith lavish praise on his number 10 and he admitted that Grealish has been playing “on another level.” Smith further added that while he “is a joy to watch at the moment”, there is still room for improvements.

“He is on another level, he’s playing wonderful football. At West Brom, it looked like he was playing in the playground with his mates. His performance was fantastic … and we need to keep pushing him and squeezing even more out of him where he can. He’s a joy to watch at the moment. He has done really well as a No. 10. But there are still improvements. Sometimes he picks the ball up a little bit too deep. He wants to be involved in the game all the time,” Smith said at a news conference.