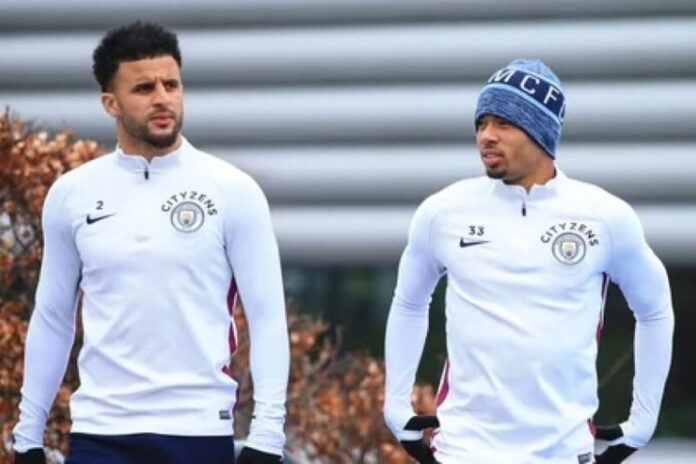 According to a statement released by Manchester City, the club has confirmed that four members including two staff members, Gabriel Jesus, and Kyle Walker have tested positive for the coronavirus. The duo has been placed in self-isolation and could miss the next two Premier League games.

Ahead of a crucial and grueling December period, Manchester City has received a massive blow as the club has confirmed that Gabriel Jesus and Kyle Walker have tested positive for COVID-19. That will see the duo miss games against Newcastle United on Boxing Day and Everton two days later with there a chance that they won’t be available for the one against Chelsea on January 3rd.

That hands Pep Guardiola massive selection issues especially with Sergio Aguero only just returning to full-fitness but with Oleksandr Zinchenko and Benjamin Mendy fit and firing, the club has options at full-back. The Cityzens confirmed the news and revealed that they had four positive tests with two staff members also testing positive for the coronavirus with all four now placed in self-isolation according to the “Premier League and the UK Government’s protocol”.

“Manchester City FC can confirm that Gabriel Jesus, Kyle Walker, and two members of staff have tested positive for COVID-19. All four personnel will now observe a period of self-isolation in accordance with Premier League and UK Government protocol on quarantine. Everyone at the Club wishes our colleagues a speedy recovery over the Christmas period ahead of their return to work, training, and competition,” reads the statement on Manchester City’s official website.