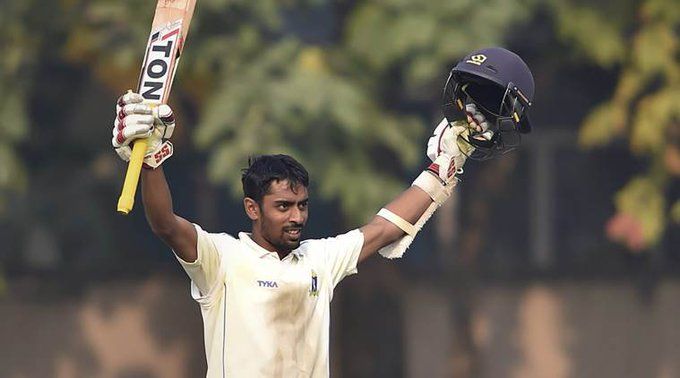 Ahead of the Syed Mushtaq Ali Trophy, VVS Laxman has reckoned that captaincy duties won’t come in as too disturbing a factor for Abhimanyu Easwaran’s performance for Bengal. However, Laxman also vehemently refuted the idea of split captaincy as he believes it would affect the consistency.

Since making his debut for Bengal, Abhimanyu Easwaran endured his worst season last year, with just 258 runs against his name in 17 innings for the side. Despite leading the side to the final, his personal form that coincided with his captaincy has led to people doubting his role in the dressing room. With less than two weeks left for the start of the Syed Mushtaq Ali Trophy, the Cricket Association of Bengal (CAB) haven’t announced their skipper for the tournament yet.

With the news of Manoj Tiwary and Shreevats Goswami becoming the skipper floating, former Indian batsman VVS Laxman has reckoned that captaincy duties won’t affect Easwaran’s performance in the 20-over tournament.

“I don’t think captaincy will affect Abhimanyu’s performance at all. I believe additional responsibility is much better. That’s what he has been doing for Bengal for so many years, he’s been a prolific run-getter. He performed not only for Bengal but also in the opportunities he got for India A he has done exceedingly well,” Laxman told CAB Media, reported HT.

While split captaincy is a prevalent thing on the domestic circuit, VVS Laxman was no admirer of the ‘split captaincy’ stating that if your captain anyway features across three formats, there shouldn’t be split captaincy. He also reckoned that it would help create consistency and culture around in the setup.

“I am not a big believer or supporter of split captaincy. I think if your best leader or best captain is not an automatic choice in all formats, then it will work. But if your captain is an automatic choice in all three formats, he should lead the side in all formats. That will help in creating consistency and a culture within the group which will help the team to move forward,” Laxman said.

He also credited Bengal players’ fitness to the Bengal T20 Challenge, where the players got their first real outing apart from the Indian Premier League, that concluded earlier in the year.

“Bengal players are really well prepared. I was very happy the way the batsmen were hitting the ball. I think the Bengal T20 Challenge which was highly competitive helped them to be in good touch, good rhythm at the start of the camp,” Laxman said.