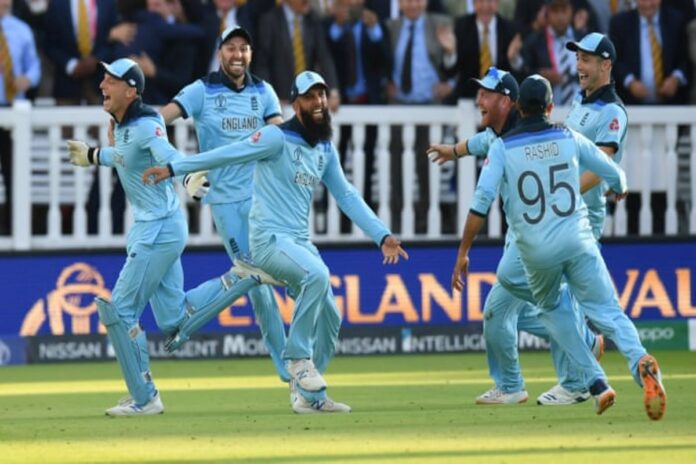 The ECB are reportedly against the idea of playing the India series in front of fans, and want it to happen behind closed doors to avoid a potential Covid outbreak which, they feel, could endanger the bio-bubble. As things stand, every stadium in India has been allowed to operate at 50% capacity.

Having not seen team India play international cricket at home in close to a year, the announcement that the England tour will kick-off in February delighted loyalists, but what came as an unexpected surprise was the government’s declaration last week. The Sports Ministry confirmed that outdoor sporting venues were allowed to operate at 50% crowd capacity, and this opened up the possibility of the England series being played in front of thousands of spectators.

But that hope could soon be crushed as reports have emerged that the England and Wales Cricket Board (ECB) are keen to play behind closed doors to ensure safety. According to a TOI report, although the government has given the go-ahead to accommodate fans with cases on the decline, the ECB are keen to avoid a situation where there could be a potential outbreak due to large gatherings in stadiums. An outbreak, they reportedly feel, could even endanger the bio-bubble in which the players will be accommodated.

“It is simply a precautionary measure against Covid-19. With the pandemic not over, they fear that a large gathering might cause the virus to spread further and it might go on to endanger the bio-bubble. However, nothing is finalised yet and the Tamil Nadu Cricket Association (TNCA) awaits a formal communication from ECB and BCCI,” a source in the know told TOI.

The first Test, starting February 5, will be played in Chennai, and as per the current guidelines the Chepauk could host up to 25,000 fans at the stadium. But this possibility, however, will depend on a host of things, not least the ECB’s willingness to agree to fans being allowed inside venues.

England, meanwhile, will be travelling to Sri Lanka in the next week to play a two-Test series, and with the new Covid strain in the UK forcing countries to ban chartered flights from there, it is believed that the BCCI will be keeping a close eye on the events in Sri Lanka. The English cricket team has been provided an exemption by the Sri Lanka government and so, should that tour go ahead smoothly, the Three Lions will travel directly to India from the Island Nation.

“Sri Lanka too has banned both chartered and commercial flights from England. But they have given special permission to the England team which will be travelling by a chartered flight on January 2. We are keeping a track of the events there and waiting for them to reach Sri Lanka. If they reach the island nation safely, the tour of India is on with or without spectators,” the source said.

Earlier, a three-match ODI series between England and South Africa got cancelled after multiple Proteas players tested positive mid-tour due to a breach in the bio-bubble’s integrity.