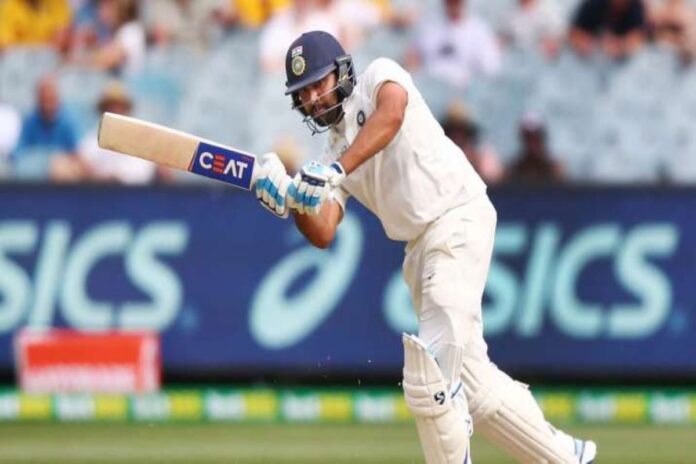 If reports are to be believed, Indian Test opener Rohit Sharma will be travelling to Melbourne from Sydney as the third Test is set to be played there. Given recent Covid-19 outbreak in New South Wales, MCG is likely to host the third Test with Sydney losing out on the New Year Test due to COVID-19

Coronavirus has made the staging of cricket a difficult ask with all the COVID protocols in place from testing to staying in bio-bubble over a substantial period of time. Last week, after news of COVID outbreak in Sydney, fresh reports have surfaced which indicate to change in venue for the third Test, which was supposedly SCG set to be played at the ‘G’, the back venue for the New Year Test between India and Australia. Right, now India and Australia are playing in Melbourne only in the second Boxing Day Test.

Indian Test opener Rohit Sharma who is staying in Sydney right now is also set to be flown into Melbourne by Cricket Australia to join the Indian Test Team on December 30, if reports are true.

“Yes, he will be flown to Melbourne by CA on Wednesday as the third game is almost set to take place at the MCG (Melbourne Cricket Ground) with an eye on the coronavirus outbreak,” a source told ANI in know how of developments, reported TOI.

A while back, CA’s interim chief had stated that in times of pandemic, their needs to be a lot of flexibility, team work and readiness for tackling all challenges that come their way in case the situation in Sydney worsens and hosting of the third Test becomes difficult. And now, MCG hosting the third Test looks a real possibility.

Rohit Sharma, who had earlier missed the limited-overs series and first two Tests against Australia and was part of Mumbai Indians’ title win in fag end of IPL 2020 despite carrying hamstring injury, will be eligible to play the third Test after having completed his 14-day quarantine by the time, the New Year Test starts.