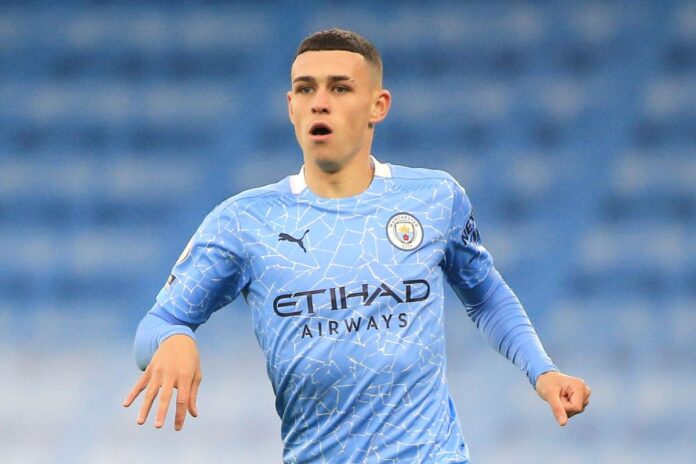 According to the Telegraph, Manchester City starlet Phil Foden is unhappy with his playing time at the club with the Englishman starting just one of the club’s last ten league games. The 21-year-old is considered to be the Cityzens’ brightest young talent with him thriving over the last few years.

After a string of impressive performances post Project Restart, many expected Phil Foden to play a much bigger role for Manchester City this season. That is especially in light of David Silva’s departure opening up a new space in midfield for the club but things haven’t gone according to plan. While Foden has made 18 appearances this season, a large portion of it has been in cup competitions. That includes the Champions League with the 20-year-old starting all six group games.

But that changes in the Premier League because the youngster has started just once in City’s last ten league matches which has caused problems. It has seen the Telegraph report that Foden is frustrated at the lack of minutes he has gotten this season but the 20-year-old has no intention of looking for a move away. There has been ainterest from Real Madrid but the report has further indicated that Foden wants to stay in Manchester as he knows he is in good hands with Pep Guardiola.

But the Telegraph has further indicated that the Englishman wants his game-time to increase although that does look unlikely with City moving away from their usual 4-3-3. Instead, the club are playing a 4-2-3-1 with two holding midfielders and space for only Kevin De Bruyne as the lone attacking midfielder. That has seen Riyad Mahrez, Bernardo Silva and a few others struggle for game-time as well although Foden is reportedly hoping that changes.