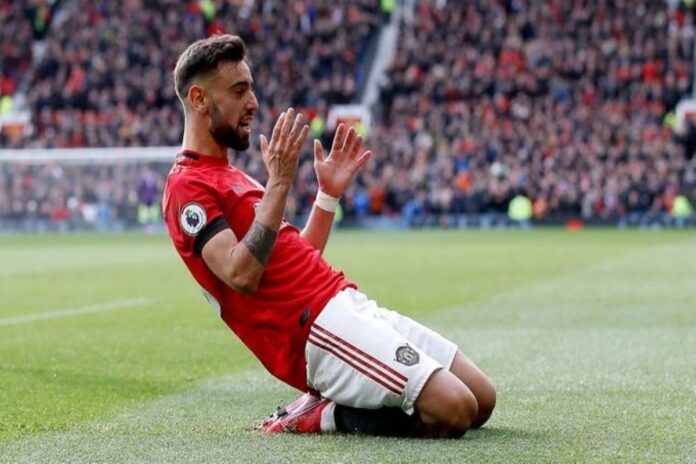 Manchester United legend Paul Scholes has lavished Bruno Fernandes with praise and confessed that he hopes the midfielder can keep his run of form going. The 26-year-old has transformed the Red Devils after his move in January 2020 with him playing a key role in their performance this season.

Few people expected Bruno Fernandes to have the impact he did when he signed for Manchester United but the Portuguese international proved to have a transformational effect on the club. He finished his first six odd months at the club with 11 goals and eight assists in just 20 games. That hasn’t changed this season with Fernandes contributing to 22 goals in as many appearances so far this season and many expect that number to keep ticking up.

It has many people shocked at the levels that the 26-year-old is hitting on a consistent level with it playing a key role in Manchester United’s league position this term. However, in an interview, Paul Scholes admitted that he hopes Fernandes continues his run of form as the Portuguese international is putting up ridiculous numbers. Scholes further added that the 26-year-old has done well and it’s why despite Manchester United’s bad start to the season, the club are in the running for the title.

“What he’s doing is phenomenal, really. I think if you look, since he’s been [here], United would be top of the league if they won their game in hand, with more points than Liverpool, which is strange to think really because they’ve had such a bad start to the season. Well, you thought it was a bad start to the season, but they’re still right in there and I think they can only get better. The numbers he’s produced are just ridiculous; let’s hope he carries on,” Scholes told the club’s official website