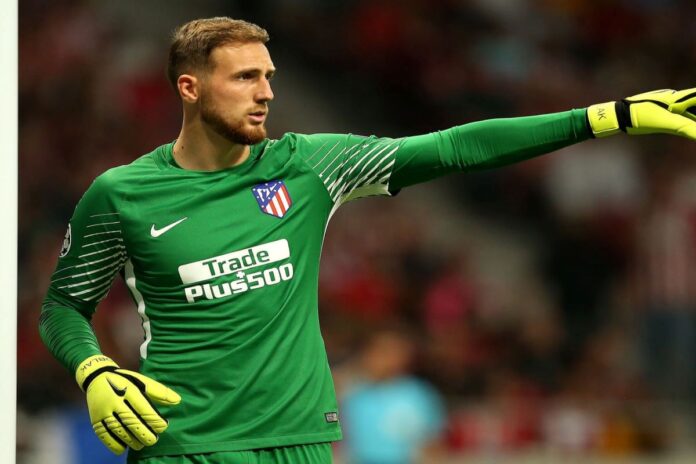 According to the Daily Mail, Atletico Madrid goalkeeper Jan Oblak has emerged as a potential option for Paris Saint-Germain as they look to sign a new goalkeeper next summer. The Ligue 1 giants are looking to dominate Europe which has seen them reinforce their team over the last few years.

After a move to Chelsea fell apart before the start of this season, with the Blues unwilling to pay his £109 million release clause, Jan Oblak has continued to impress for Atletico Madrid. The Slovenia international is considered to be amongst the best in his position and his performances for the Los Rojiblancos have justified that. Especially with the La Liga side sitting at the top of the Spanish top tier table, it has seen Oblak linked with a move away.

However, the Daily Mail has reported that the 27-year-old has become Paris Saint-Germain’s top target with the Parisians considering a move next summer. Their current goalkeeper is 34-year-old Keylor Navas and reports have indicated that despite the Costa-Rican’s performances over the last few years, the club is looking at other options. The Mail has further reported that Oblak is at the top of the club’s shortlist, especially with the goalkeeper looking to win trophies.

The 27-year-old has won just the Europa League and the UEFA Supercup since signing for Atletico Madrid and while that could change at the end of this season, Oblak is still looking for a move. Reports have further added that the move to PSG could appeal to the Slovenia international, especially with the club desperately chasing after the Champions League trophy.