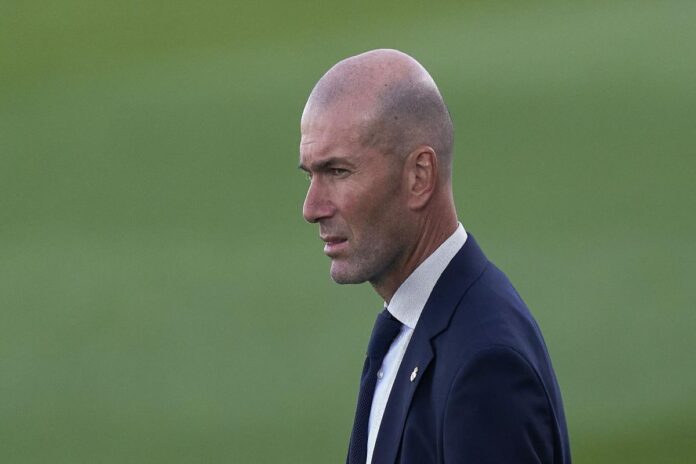 After a dominating win over Atletico Madrid, Zinedine Zidane has confessed that he is overjoyed with the way his squad played and added that they showed Madrid the football they can play. The Los Blancos cut Atletico Madrid’s lead at the top to three points after a 2-0 win over them.

With an unbeaten Atletico Madrid walking into the Madrid derby, few gave Real Madrid a chance but the Los Blancos turned the tide and proved everyone wrong. They somehow managed a sensational 2-0 win over the league leaders with a first-half header from Casemiro and a deflected long-range effort from Dani Carvajal found the net. Not only that, Zinedine Zidane’s men dominated Diego Simeone’s team and that is not something that anyone has managed this season.

It ended a 26 game unbeaten league run for Atletico and added to a run for Real Madrid, with the win making it three consecutive wins. That saw Zidane admit that he’s is overjoyed at the way his side have transformed themselves over the last few weeks and believes that they can do” good things as a team”. The Frenchman further added “criticism is a part of football” and teams have to deal with it, which is what his side showcased in the derby.

“They’re f—ing great. All of them. Kroos, Modric, Karim. Lucas Vazquez too, Dani Carvajal, our captain [Sergio Ramos] … What can I say? I’m really happy. We’ve improved a lot. We confirmed what we saw in the first two games, starting with Sevilla, going through against Borussia and today. … We haven’t won anything, it’s just three points but it’s a job well done,” Zidane said, reported ESPN.

“We know we can do good things as a team and today we showed everyone that Madrid know how to play. There are things that hurt you, but they make you stronger. Criticism is a part of football, you have to deal with it. The players have character, that’s what this team has.”