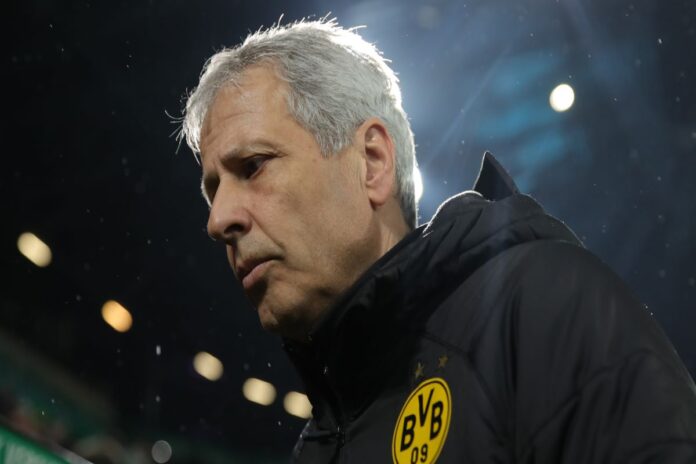 In light of a humiliating loss to Stuttgart, Borussia Dortmund boss Lucien Favre has admitted that his side played their worst football yet and they need to improve going forward. The loss means that Dortmund have suffered three straight defeats in the league for the first time in seven years.

With Borussia Dortmund hosting Stuttgart at home, many believed that the club would end their run of two straight defeats in the league. However, that wasn’t the case as while Giovani Reyna impressed again with a fantastic goal, the rest of his team struggled to do the same as Stuttgart tore them apart. The game finished 5-1 in favour of Stuttgart and it shocked the world with Lucien Favre’s future coming under immense scrutiny.

It even saw Matt Hummels question his manager’s tactics after the game and Favre, himself did not hold anything back when he dissected the performance. In his post match interview, the Dortmund boss admitted that the entire game “was a disaster” with that the worst game Dortmund have played. Favre further added that while “Stuttgart played well” his side were “very, very bad”.

“That will not do. Stuttgart played well in the first half, but we made it 1-1.  Still, we wanted to do better in the second half. We gave up a very stupid goal. That worried the team. We weren’t there today.”