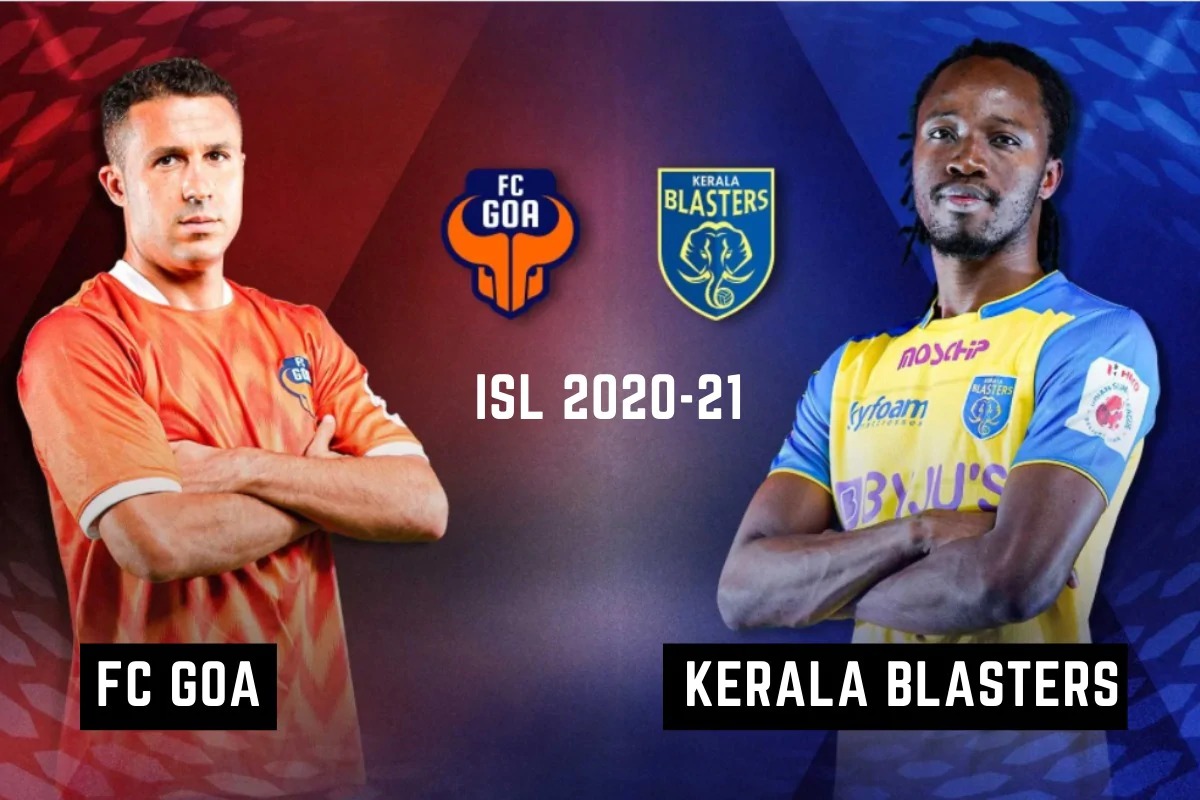 FC Goa will take on Kerala Blasters FC (KBFC) in match 19 of the 2020-21 Indian Super League (ISL) season at the Fatorda Stadium, Goa on Sunday.

Kerala has dominated possession against all their opponents so far, they haven’t been efficient in the final third of the pitch and have struggled to create chances. Kerala is yet to score a goal from open play this season. Both their goals so far have come from set-pieces. At the back, Kibu Vicuna’s side has appeared shaky.

Goa has managed the highest possession in the ISL so far. But despite that, Juan Ferrando’s men have also dropped points from promising positions in their previous two encounters.

The Gaurs have also shipped in four goals, all of which have come through set-pieces. They will be hoping to tighten things up at the back. They are set to be without midfielder Alberto Noguera, who will miss the game through suspension.

Both sides have faced each other in 12 meetings with FC Goa having the upper hand, winning eight while losing thrice. The Gaurs are also on a six-match unbeaten run against Kerala and will aim to continue that.

However, both sides find themselves in the bottom half of the table with just two points each in this season. And there is a lot to worry about for both coaches as they head into this contest.