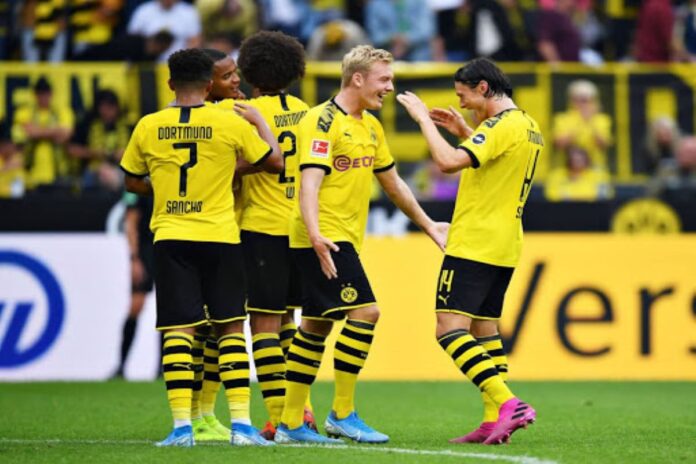 Saturday, 19.12, on the 13th Bundesliga round, Union Berlin will face Dortmund on Stadion An der Alten Försterei in Berlin.

Dortmund won 3 of the 4 direct matches (two of them in the German Cup), but lost the only trip to Berlin, score 3-1 last season.

Union Berlin drew in 3 of the last 4 stages of the Bundesliga, including with Bayern, score 1-1 at home. The group coached by Urs Fischer has not won since the 8th round, but it is still on the 6th place, with 18 points, at a goal difference of 25-17. At home, Union Berlin lost only once, in the inaugural stage with Augsburg, then ticked two victories and three draws.

The victory with Dortmund on August 31, 2019, score 3-1, was a big surprise at that time
Dortmund managed to win the first match without Lucien Favre, dismissed after the defeat with Stuttgart, score 1-5. The “yellow-blacks” won 2-1 in Bremen, at the debut of the interim Edin Terzic, a technician of only 38 years. The German press announces that Dortmund has reached an agreement with Marco Rose, Monchengladbach coach, to come in the summer on “Signal Iduna Park”. After 12 stages, Dortmund is on the 4th place, with 22 points, 3 away from the leader Leverkusen.

With Bremen, Dortmund had a decent evolution, but with Union Berlin they will need to play better to leave with all 3 points.

We are expecting goals on both sides in this match so a pick of over 1.5 goals in the match.