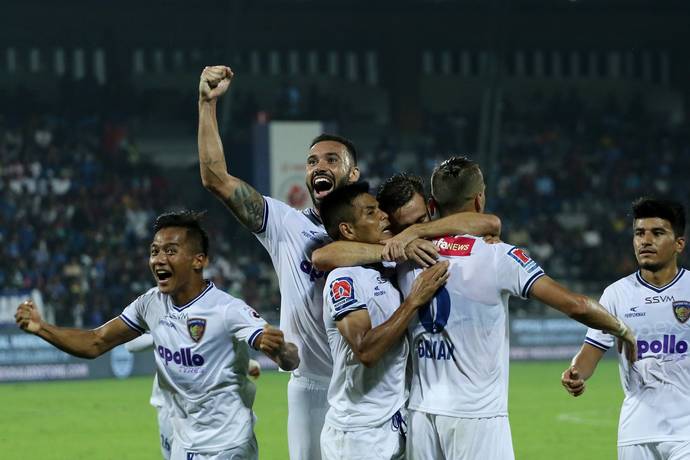 Mumbai City FC will face Chennaiyin FC at the GMC Stadium in Bambolim on Wednesday.

Chennaiyin FC started off well, with a comfortable victory against Jamshedpur FC. But after that, they drew the game with Kerala Blasters and lost against Bengaluru FC.

Their key players like Isma and Crivellaro showed promise, but have failed to fire after the first match. Anirudh Thapa seemed to be at his best, but he suffered a serious injury in the game against Bengaluru FC. It could keep him off the field for a month. With Thapa out, the going can get tougher for the Marina Machans as the Mumbai City FC threat looms over them.

In head-to-head matches, Mumbai City only won 4, while 2 matches ended as draw and Chennaiyin won 7 times against Mumbai City. The last match between these teams was a crucial one, with the winner bagging a spot in the playoffs of ISL 6. It was Chennaiyin FC who continued their journey in the league as Lucian Goian’s goal gave his team the edge.