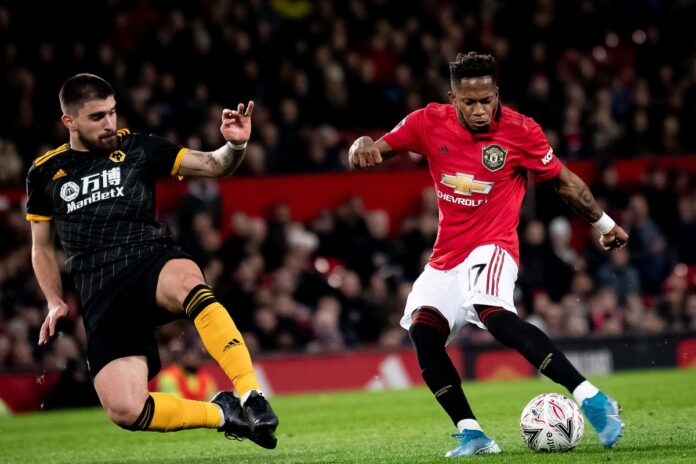 Manchester United will be determined to return to winning ways in the Premier League when they welcome Wolverhampton Wanderers to Old Trafford for Tuesday evening’s showdown.

Both teams walked away with a point from their most recent encounters, with Man United drawing at Leicester while Wolves held Tottenham to a 1-1 stalemate on Sunday evening.
Boxing Day’s clash between two Champions League-chasing sides lived up to its billing, and despite going 2-1 up thanks to goals from Marcus Rashford and Bruno Fernandes, a late Axel Tuanzebe own goal ensured that Leicester walked away with a point after Harvey Barnes had initially levelled the scores.

Even though United were unable to stretch their winning away record in the top flight to 11 matches, Arsenal did Ole Gunnar Solskjaer’s men a favour by beating Chelsea a few hours later, meaning that Man United remain in the Champions League places for the time being.
Furthermore, that point at the King Power Stadium saw the Red Devils extend their unbeaten run in the Premier League to eight matches, with United finally starting to produce the goods on their own turf after struggling in the early stages of the season.

Meanwhile, Wolverhampton Wanderers welcomed Tottenham Hotspur to a ground where they had overcome Chelsea just a couple of weeks before, although Nuno Espirito Santo’s side could not get the better of Burnley at Turf Moor before the festive weekend.
United and Wolves met four times across all competitions last season – with three of those ties ending in draws – and the Red Devils have only managed to win one of their last seven games with Wolves in the Premier League and FA Cup.