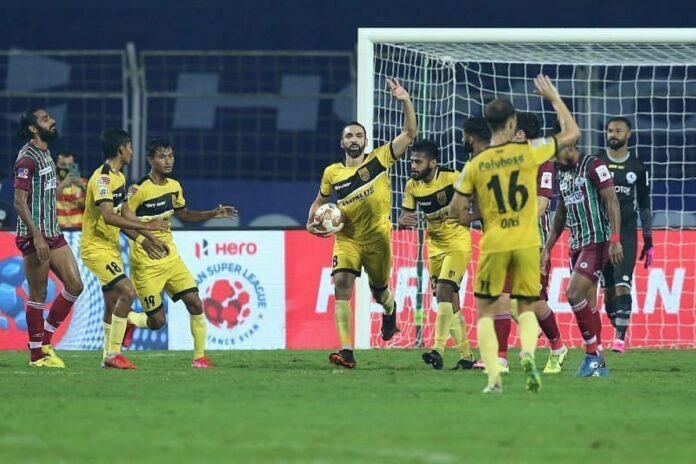 Kerala Blasters was very close to being defeated by East Bengal but they succeed in scoring their first goal in the 95th minute avoiding the loss, but such a late goal will likely see them enter this match vs Hyderabad on a high, especially considering their opponents suffered their first league defeat of the season last time out, going down 0-2 to high flying Mumbai City.

Hyderabad has proven themselves as a solid outfit so far in this campaign and already sit six points clear of Kerala. A defeat to the current league leaders isn’t likely to have phased them hugely and they will be looking to exploit a defence that has seen Kerala concede the joint-most number of goals so far out of all the Indian Super League clubs this season. Such a fragile backline is expected to be pounced upon by Hyderabad, who should bounce back from their defeat to Mumbai with victory in this one.