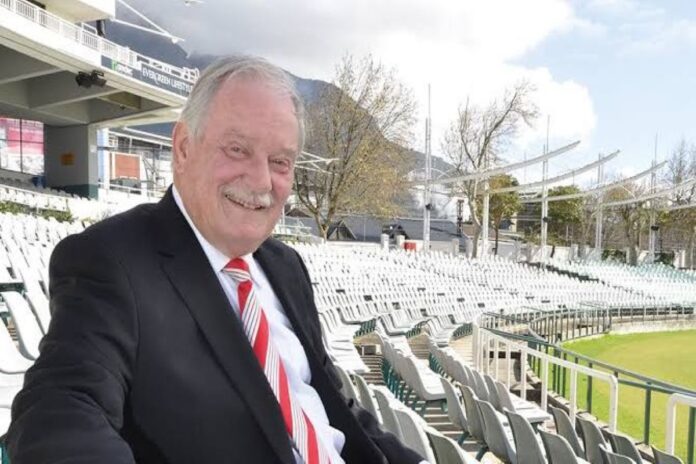 Legendary commentator and former English cricketer Robin Jackman, on Friday, died aged 75, succumbing after an eight-year battle with throat cancer which saw him undergo multiple operations to remove malignant tumors. Jackman was a first-class veteran who represented England in 4 Tests.

Two days after the demise of the legendary John Edrich, the cricketing fraternity has been struck with more tragic news as former English cricketer Robin Jackman, on Friday, passed away aged 75. Jackman, who was born in Simla, Punjab, was diagnosed with throat cancer in 2012, and on Friday, December 25, the 75-year-old lost an eight-year-long battle with the deadly disease, which forced him to undergo multiple operations to remove malignant tumors from his vocal cords. It was confirmed by Jackman’s family that he passed away at 3.30 PM South Africa time on Friday.

A right-arm seam bowler who used his stamina to his advantage during his heyday, Jackman represented England in 4 Tests and 15 ODIs between 1974 and 1983, picking a total of 33 international wickets, but it was the domestic circuit where he ruled the roost. Jackman, who represented Rhodesia, Surrey, and Western Province among other teams, picked a remarkable 1402 wickets in 399 first-class games, with those scalps coming at an astounding average of 22.80. He also, in addition to this, claimed 439 List A wickets in just 288 appearances, carving a niche for himself as a domestic workhorse.

But despite being a fine cricketer, it was arguably Jackman’s stint as a broadcaster that had made him world-famous and a fan-favorite. Now renowned as one of the greatest commentators of all time, Jackman, post-retirement, became one of the faces of Supersport and called many a historic game that happened in the Rainbow nation. December 22 marked the seven-year anniversary of the final day of the famous first Test between South Africa and India in Johannesburg in 2013, where the Proteas almost created history by chasing down 458, and it was Jackman who incidentally called the shots in the final over, which saw Dale Steyn controversially play out a draw.

Jackman is survived by his wife Yvonne and two daughters.