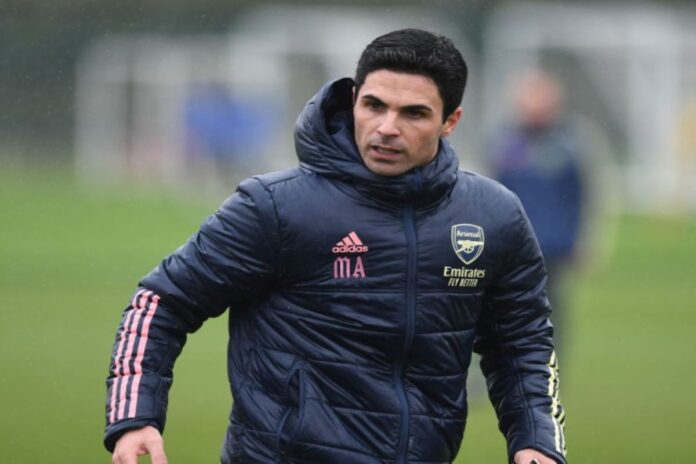 Mikel Arteta has confessed that Arsenal has let down their fans over the last few months and he’s pleased that the win over Chelsea gives them something to cheer about. The North Londoners have struggled to impress in the league this season but still managed to beat Chelsea on Boxing Day.

With Arsenal entering a London derby against Chelsea on the back of a seven-game winless run in the league, few handed the Gunners a chance against the Blues. Yet goals from Alexandre Lacazette, Granit Xhaka, and Bukayo Saka saw the hosts walk away with a 3-1 win and it shocked many. Not only that, the performances of the younger players impressed many with fans cheering across the world.

But in his post-match interview, Mikel Arteta admitted that his side has been unlucky over the last two months or so and was looking to change that going into the game. The Spaniard further added that the difference in his team against Chelsea was very evident and he’s pleased that the fans finally had something to cheer for after what has been a tough eight weeks with the North Londoners struggling.

“The result is the main thing today, we really needed that win. We have been unlucky and frustrated with our results in the last eight weeks so this was a big day for us. From the first whistle, you could see the team had the energy and willingness to come out and win the game. The spirit before the game was really positive, they really wanted it,” Arteta told BBC Sport.

“I am pleased for the players and for the supporters. We have let them down for many weeks so it was a good day to give them something to cheer about. When we gave the penalty away I couldn’t believe it — it’s a magnificent game called football. It can always surprise you.”

The Gunners have endured a torrid time in the Premier League this season with eight losses in their opening fifteen league games which is their worst start in decades. Not only that, they sit six points above the relegation zone which saw Arteta admit that he hopes the win over their London rivals helps spur his side on going forward. He further added that this performance indicates that the Gunners can play at this level and they need to do it consistently.

“It doesn’t get any better than winning a London derby against Chelsea on Boxing Day. Hopefully, this is a turning point. I know they can play at this level. We know how good Chelsea are but big moments in the game we were the better team.”

“The injuries, the Covid, playing 10 men…you start to think what do we need to win a match. It’s nice to give something back to fans because I can imagine they have been really disappointed. We started well and we were dominant. That gives the team confidence. Let’s carry on. We still have big things to improve on,” he added.