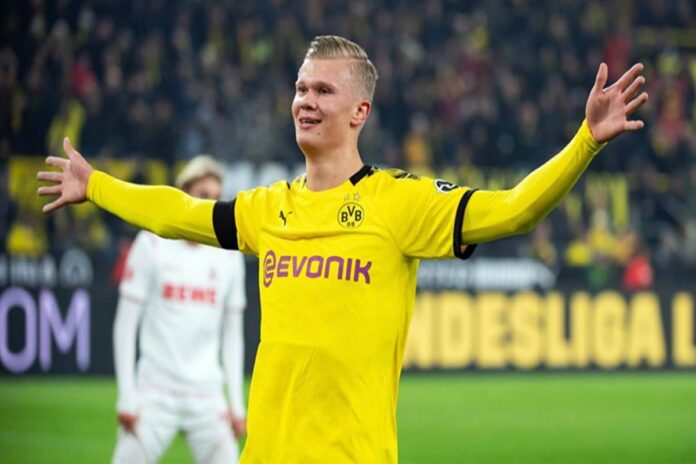 Erling Haaland has confessed that his dream right now is to achieve something with Borussia Dortmund and that is what he is working towards. The Norwegian superstarlet has transformed the club since he signed for them in January 2020 which has seen him linked to Europe’s biggest sides.

Few players have done quite as well as Erling Haaland has since the Norwegian signed for Borussia Dortmund in January of this year. Because nearly a year later and the 20-year-old is arguably amongst the world’s best center-forwards and definitely amongst the best young talents in football. It has seen Haaland linked heavily with a move away amidst interest from Spain, England, Italy and even Bayern Munich.

But while it is believed that the 20-year-old will eventually leave Dortmund, reports have indicated that the time is not right for Haaland and he agrees. In a recent interview, the Norwegian confessed that his only goal right now is to “achieve something with Dortmund” and that is what he is working towards. The Dortmund forward, currently nursing a hamstring injury, further added that he believes the fans deserve something especially given how much they’ve invested in him.

“My biggest dream right now is to achieve something with Dortmund and that’s what I am working for. To try to give this to the club and to the fans because everyone in this club deserves this. I will do the best every time I can. The club bought me for a lot of money and the fans can expect me to give 100 per cent. Borussia Dortmund is just the big dream I’m living. Achieving something with BVB is what I’m working for,” Haaland told.