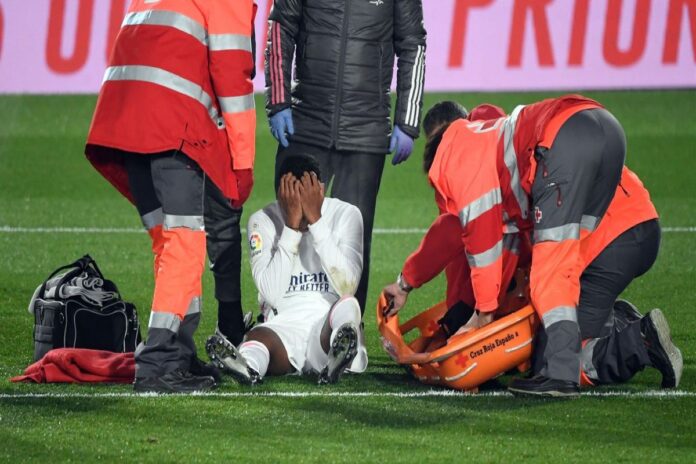 With Real Madrid confirming that Rodrygo has damaged a tendon in his hamstring, reports have indicated that the young forward could miss out on three months of action. The 19-year-old has done well this season with seven-goal contributions in seventeen games this season despite limited minutes.

With Rodrygo being stretchered off against Granada on Wednesday, many feared the worst for the winger amidst reports that he could miss a large portion of the remainder of the season. Those fears have now come true as reports have indicated that Rodrygo could miss up to three months of action after he damaged a tendon in his hamstring which could affect Real Madrid’s chase for the title.

The Los Blancos have confirmed that the Brazilian has indeed suffered a muscular injury that has affected a tendon in his right hamstring but hasn’t put a timeline on the 19-year-old. But reports have revealed that Rodrygo could be out of action until the end of March and that is a massive blow to Zinedine Zidane especially with Eden Hazard yet to works his way back to full fitness.

“Following tests carried out on our player Rodrygo by the Real Madrid Medical Services, he has been diagnosed with a muscular injury affecting the tendon in his right biceps femoris hamstring muscle,” the statement on the club’s official website read.